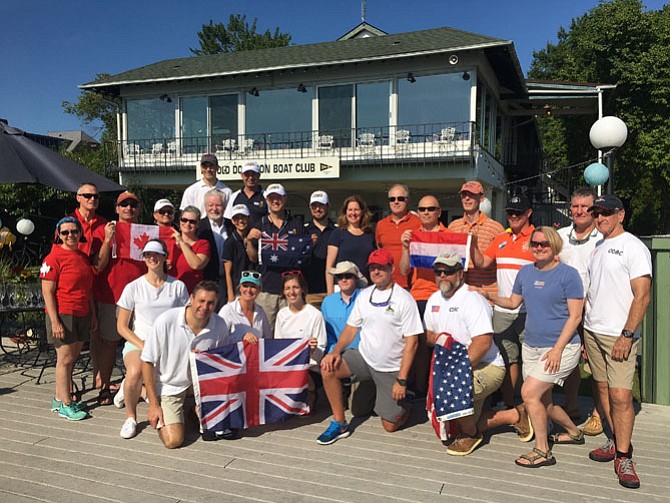 Sailors representing Australia, Canada, Great Britain, the Netherlands and the United States took to the Potomac River Aug. 19 to compete in a series of sailboat races at the Alexandria waterfront as part of the 2nd annual Old Dominion Boat Club Invitational Regatta. At the end of four races, the Netherlands took first place, followed by Canada in second and the team representing the United States in third.