Never Too Early to Prepare for Senior Olympics
Votes

Never Too Early to Prepare for Senior Olympics 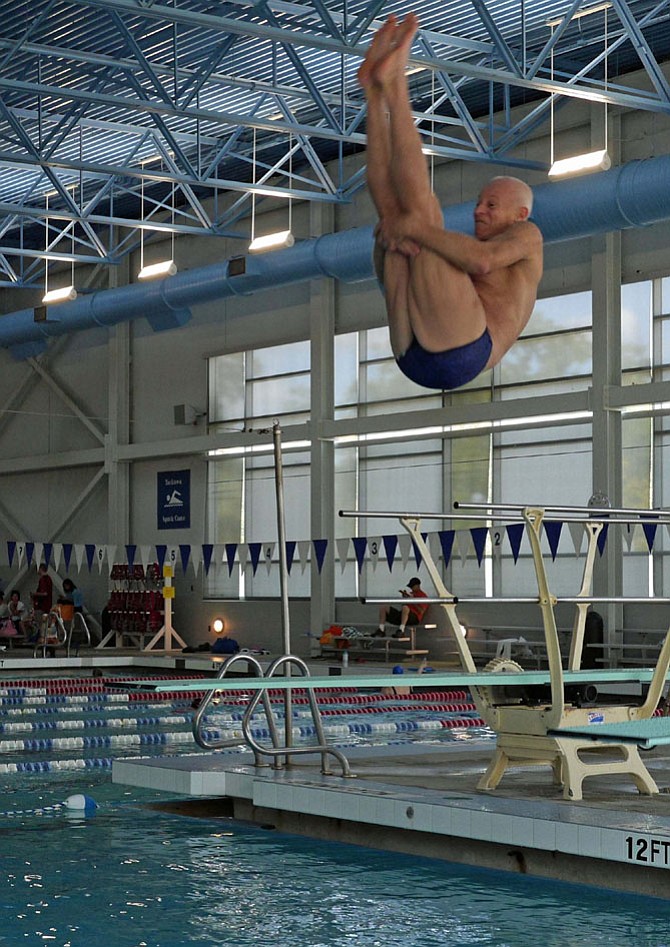 It may seem like a long time until September, when the 36th year of the Northern Virginia Senior Olympics (NVSO) kicks off.

But not for 83-year-old Chuck Toftoy from Arlington, who often enters 20 events, and says he practices all year long.

Opening ceremonies for this year’s events are scheduled for Sept. 15 at 9 a.m. at Thomas Jefferson Community Center in Arlington, and the competition is scheduled to end on Sept. 26.

The NVSO began in 1982 with about 80 people competing; last year there were 752 competitors signed up for one or more of the 70 events offered. The events ranged from tennis, baseball throw, bocce, orienteering, swimming and diving, golf, corn hole toss, volleyball, and pickleball.

Three new sports have been added to the competition this year including canasta, croquet and beach ball wallyball. Herb Levitan, a member of the NVSO Board, explains beach ball wallyball is like volleyball but played on a racquetball court with a beachball which is bigger and softer than a volleyball. Levitan is currently preparing for the Virginia senior games coming up soon where he swims four freestyle events.

Alease Brooks, 85, has been competing for 14 years and participated in 13 different sports in 2017. But her favorite is pickleball. Her children have bought her T-shirts in different colors for her games and often come to watch her and cheer her on.

Toftoy says this year he plans to reduce the number of sports he enters so that he can concentrate on pickleball since he plans to enter singles, doubles and mixed competition this year.

Last year, 93-year old Henry Colette from Oakton was one of 19 bocce competitors. But for the last several years he has been guaranteed a win because there was no one else in his age group competing.

Last year’s oldest competitor was 101 years old with her sport of choice was duplicate bridge.

This year’s games are expected to be held in 29 venues including community centers, parks, high schools and other locations across Northern Virginia. Registration for this year’s NVSO will open June 1. This year NVSO is hoping to bring back the 5k run and looking for an event director for that event. Those interested in volunteering can call 703-403-5360.