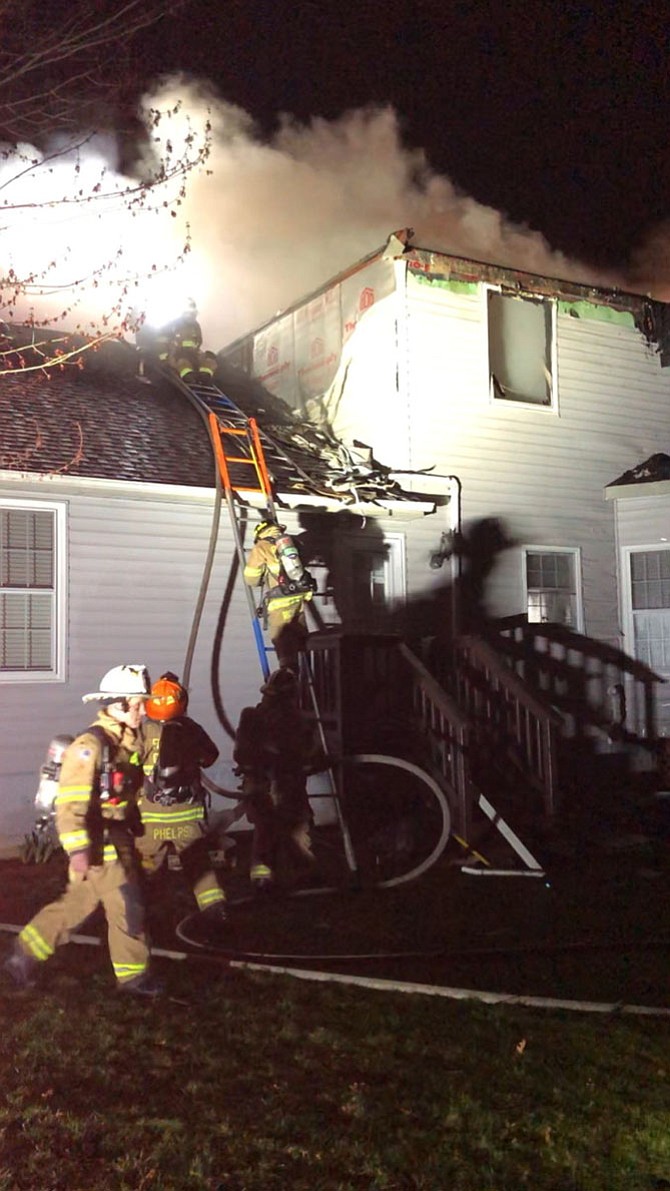 Units arrived on scene with fire showing from the second floor of a two-story, single family home.

No occupants were home at the time of the fire. The fire was discovered by a neighbor who saw flames shooting from the roof and called 9-1-1.

There were no reported civilian injuries. One firefighter was transported to an area burn unit and treated for non-life threatening injuries.

A total of five occupants have been displaced as a result of the fire. Red Cross assistance was not needed.

Fire Investigators determined that the fire started in the attic area. The cause is currently under investigation.

Damages as a result of the fire were approximately $147,500.