South County Has Players, Coach of the Year
Votes

South County Has Players, Coach of the Year 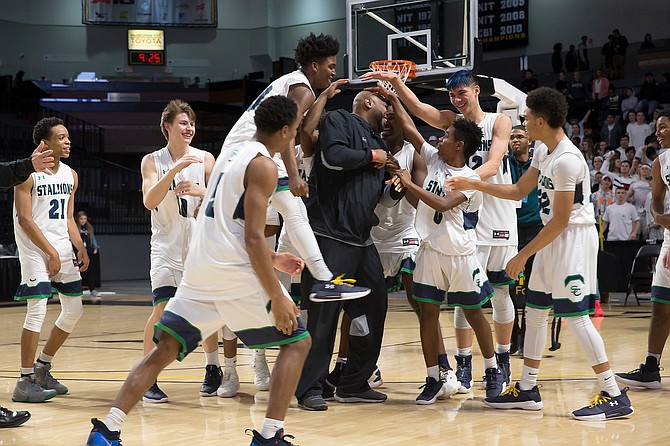 Mike Robinson, Head Coach of South County, is congratulated by his team on the court after their 63-47 6A State Championship win. Robinson was named Coach of the Year. Photo by Will Palenscar/The Connection 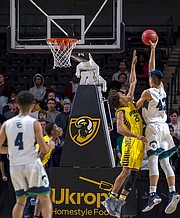 South County’s Quentin Millora-brown #42 in action in the winning 6A State Championship game. He was named the Boys Player of the Year.

The Virginia High School League 2018 Class 6 all-state boys and girls basketball teams have been selected. South County 6-10 senior center Quentin Millora-brown and Cosby 5-5 senior guard Charme Lilly were selected boys and girls player of the year. South County’s Mike Robinson and Cosby’s Rachel Mead were named Class 6 boys and girls coach of the year after leading both teams to state titles. Robinson led South County to its first boy title, while Mead led Cosby to its fourth title in five years (2018, 2014-16). Other teams will be announced as they are selected.

Eight players were chosen on the first-team and eight players were selected for the second-team regardless of position. Only those players selected to the all-region teams were eligible for selection to the All-State team.