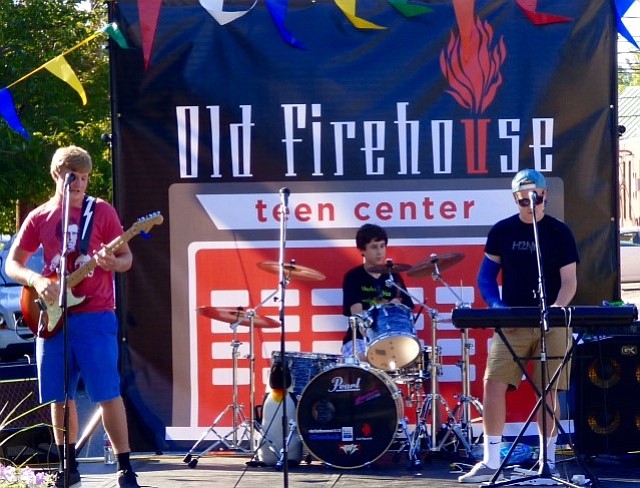 From left: Eric Stein, organizer Jack Lichtenstein and Bryan Bedell of The Unexpected have played Bands for Bikes for the last four years. Photo by Greg Hotsenpiller

The annual “Bands for Bikes” concert benefiting Wheels to Africa will be held on Saturday, August 11 in McLean.

Wheels to Africa is a youth-led all volunteer nonprofit that collects used bikes for needy children. The organization was founded in 2005, by a 10-year-old Arlington boy, Winston Duncan, after he visited Africa on a mission trip with his mother. During the visit, Winston was struck by the distances children had to walk for basic needs like food and water. He decided to take action, and, since then, Wheels to Africa has donated more than 5,000 bikes to children in some of the most remote villages of Africa.

After hearing this story, long-time friends Jack Lichtenstein and Morgan Poirier from McLean teamed up to organize their first benefit for Wheels to Africa in 2014. They called it “Bands for Bikes.” Before leaving for college this fall, these two rising college freshmen are organizing their fifth annual “Bands for Bikes” concert as a fun way for their friends and community to once again support Wheels to Africa.

Joining the organization, in preparation for this year’s concert as well as future events, is Langley rising sophomore and musician, Claire Fulton. The teens will be hosting their event in conjunction with the Old Firehouse Teen Center’s Annual Block Party, which will feature games, concessions and live music on an outdoor stage. Lichtenstein and Fulton have been recruiting area musicians and teen bands to play at the event, and Poirier has been organizing the many needed volunteers.

Over the last four years, Lichtenstein and Poirier have collected hundreds of bikes and thousands of dollars in donations for Wheels to Africa. The community has been very supportive of the teens’ efforts.

Bach to Rock, the music school where many of the musicians study, is a co-sponsor of the benefit. 1-800-PACK-RAT will provide storage containers for the bikes and is also a co-sponsor.

All ages are welcome, concert admission is free and a bike donation is not required to join in the fun. Community service is available for teens, so please volunteer and show your support. For more information, email w2africa@gmail.com.