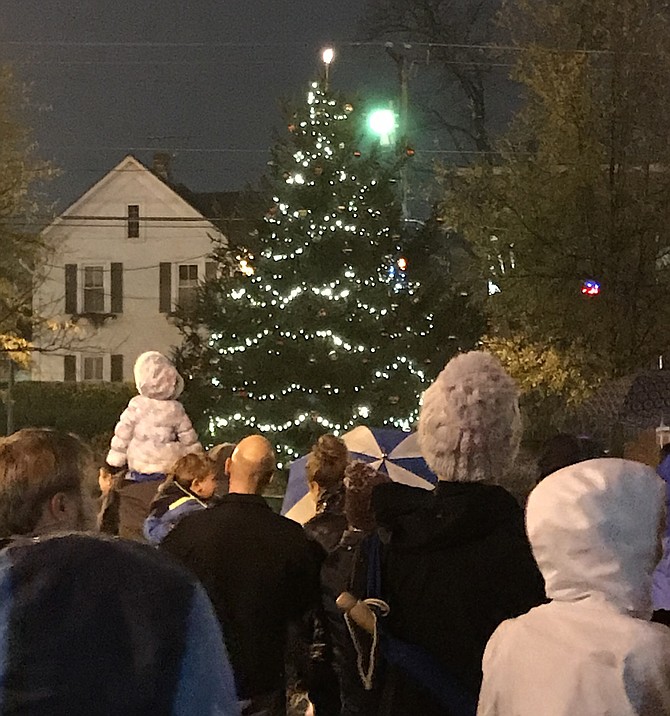 The Town of Herndon's annual Tree Lighting remains a beloved annual event and 'distinctly Herndon.’ The live tree planted on the grounds of the historic Old Town Hall located at the corner of Lynn and Elden Streets, shines brightly throughout the holiday season. Photo by Mercia Hobson. 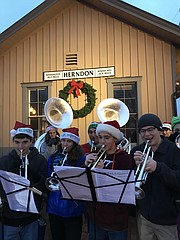 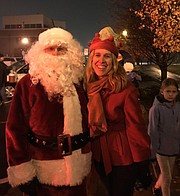 Vice Mayor Jennifer Baker and Santa pose for a photo during the Holiday Tree Lighting & Sing-Along held Saturday, Dec. 1, 2018, put on by the Herndon Chamber of Commerce and the Town of Herndon. 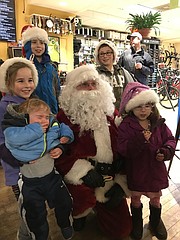 The Manetto children of Herndon, Dominic, 18 months, Juliana, 7, Paul, 11, Patrick, 9, and Maryclare, 4, stand with Santa after sharing their secrets with him following the Holiday Tree Lighting & Sing-Along held Saturday, Dec. 1.

"We love being a part of the Herndon community," said Jacobs after the event. "The Tree Lighting gives us a chance to share our music with so many of the people who supported us throughout the year."

Former Mayor of Herndon, Michael O'Reilly, introduced Vice Mayor Jennifer Baker, who led the countdown for the tree lighting. Within seconds of the illumination, children and parents heard the wail of a fire engine siren as Santa, standing atop a Fairfax County Fire Engine made his way through the Historic Downtown District straight to the waiting boys and girls.

Climbing down the ladder, Santa wandered through the crowd and drizzle, taking time to listen to the children and talk with them.

Santa could be overheard saying, "I'll have to see about that," for nearly all the requests. He eventually walked over to Green Lizard Cycling where hot cocoa and treats awaited him and the crowd.