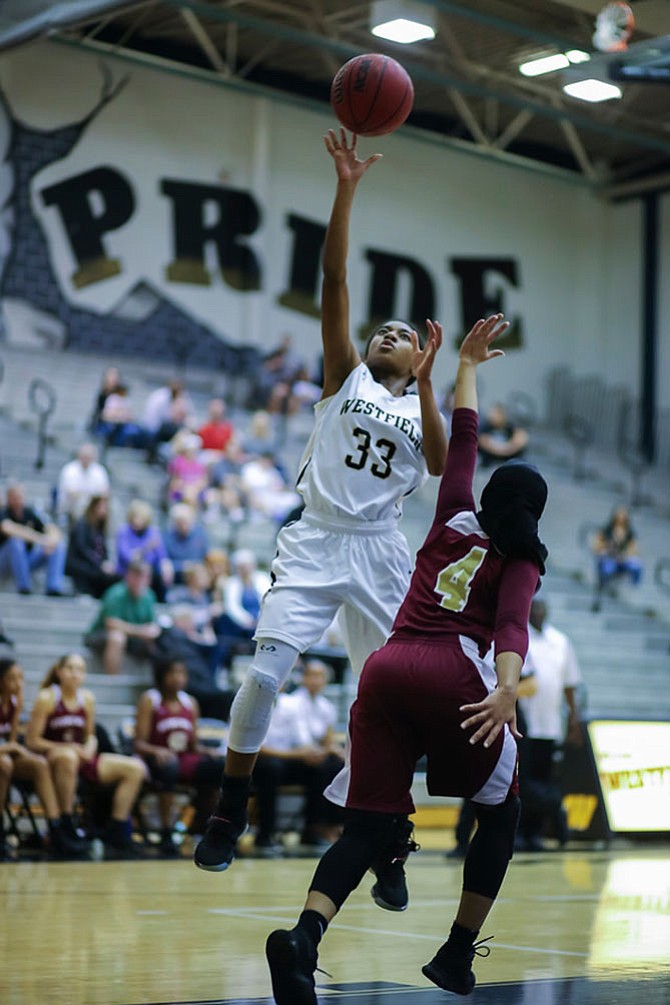 Hannah Williams #33 releases the ball with Maryan Yusef #4 defending. Photo by Will Palenscar 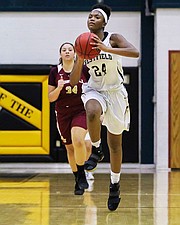 Gabby Reed #24 fires off a last-second shot of the 1st half of Westfield's 1st Round 6D Regional matchup with Stonewall Jackson. Reed would account for 8 points.

Westfield jumped out to an early 20-10 advantage after playing 8 minutes in the 1st round 6D Regional game on Feb. 20 in Chantilly.

In the 2nd quarter it was much of the same as Westfield would increase its lead to 25, 41-16 at the halfway point of the game.

In the 3rd quarter Stonewall Jackson would score 12 points , but Westfield would add 15 more giving Westfield a 56-28 lead.

In the 4th quarter Westfield Coach Noel Klippenstein substituted many from the bench and rested many of her starters. In fact 10 players scored at least two points for Westfield. Westfield was led by Wanna Wardak who had a game high 20 points including four, 3 pointers. Nicki McNamara and Gabby Reed each had 8 points. Sami Knox added 6 points both 3 pointers. Stonewall Jackson was led by Alyssa Sweeney with 17 points including two, 3 pointers. Yanessa Cabrera added 10.