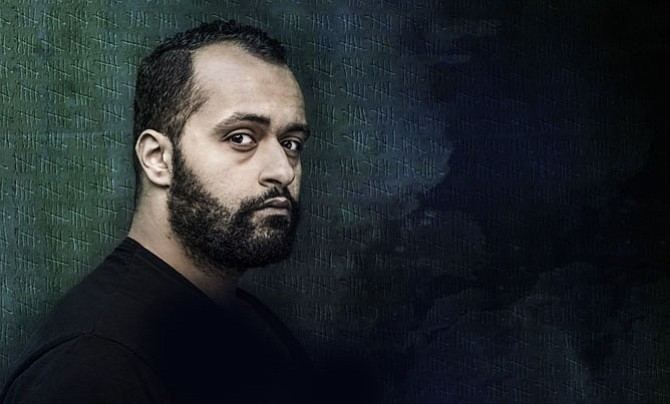 Signature Theatre is presenting the world premiere of "4,380 Nights" from Jan. 16 to Feb. 18. For the last 12 years, or 4,380 days, Malik Djamal Ahmad Essaid has been held without charge by the U.S. government at the Guantanamo Bay Detention Center. As he languishes in his cell, his interactions with those on the outside are juxtaposed with historical events in a exposé into the most dangerous prison of all — fear.

With a fluidity that spans time and place, D.C. playwright Annalisa Dias delivers a critique of power, humanity and what it means to be American. "4,380 Nights" is presented as part of the 2018 Women’s Voices Theater Festival.

Dias said as of December 2017, some 41 men are still being detained by the U.S. government at Camp JTF Guantanamo. "All of these 41 men have been held at Guantanamo for over 10 years. Since the U.S. opened the facility in January 2002, nine detainees have died," she said. "In many ways, this play is a cry. A cry for those who have endured and are enduring unspeakable suffering. A cry for those in whose names suffering is caused. A cry for a future free from walls, free from division, and free from fear."

She said that writing this piece required an enormous amount of research and sensitivity to the fact that the government is still actively holding men at Guantanamo. "This play walks a fine line between fiction and reality. The central character of the play is a detainee at Guantanamo, but in this piece he is a fictionalized representation of several real detainee stories," she said. "This is not a documentary; it's a play. As a creative team, we've been talking about what that means. Happily for me, the artistic team we've assembled is phenomenal — every one of them — and it has been a great pleasure to learn and create alongside them."

She continued: "As we have been working on this play, I find myself wondering what kind of ancestors will we be to our descendants. What stories about our world will we pass on to those we do not yet know? Who will they be? What will we have given them? I hope this play will ignite questions for audiences, rather than answers. To me, '4,380 Nights' feels like a deeply needed meditation on power, time, and the hope of connection."

Ahmad Kamal plays the role of Malik, an Algerian detainee at Guantanamo Bay, and El Hadj El Kaim, an Algerian military leader during the 19th century French colonization of Algeria. "What's been so much fun to explore is all the different ways these two characters — although centuries apart — influence each other," he said. "(Playwright Dias) has created a universe where worlds collide, and those collisions allow us to watch characters intertwine and melt into each other. Malik’s battles and hardships in Guantanamo have clear connections to the ones El Hadj faces in Algeria, which gives us a great opportunity to observe the power behind storytelling and the grip it has over our paths in life."

He said the piece exposes us to all aspects of humanity — from the deepest hurt to the highest elation. "As a result, the characters travel up and down the entire spectrum of emotion, sometimes very suddenly," he said. "Working towards understanding the pain and joy — and everything in between — of my characters was a crucial challenge in order to live as authentic a truth as possible. Oh, and having to wear the chains all the time because they would attach to other surfaces/each other."