Alexandrians old and young come together to celebrate national icon. 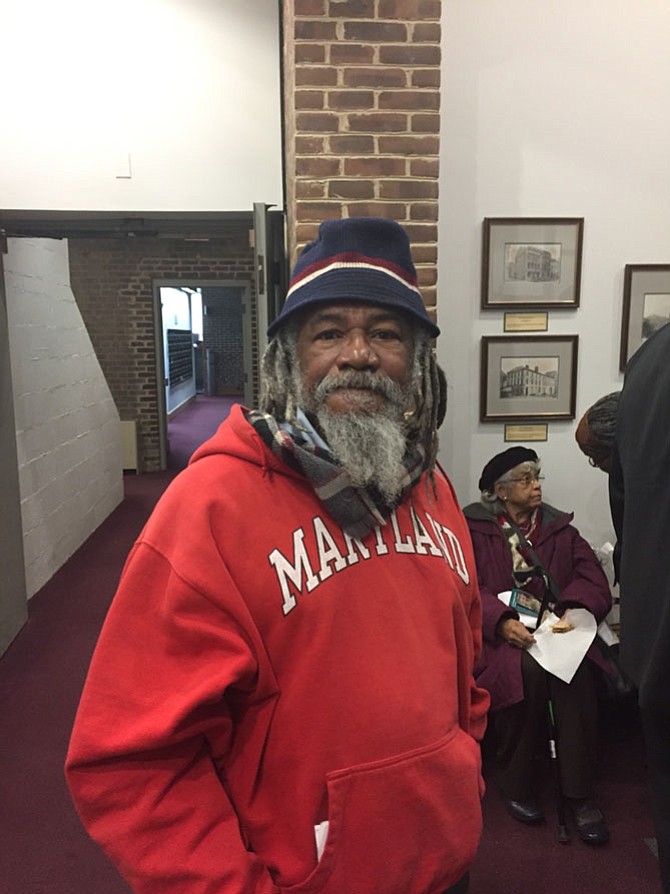 What does Martin Luther King Jr. Day mean to you? 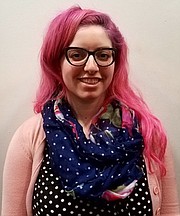 Dorie Mishael: “Coming together and supporting your community, trying to make the world a better place.” 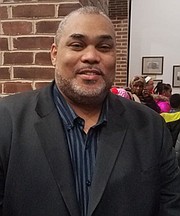 Carlos Buster and Tyerra Buster: “Liberty, freedom, strength, recognition, flight. I want to make sure she [his daughter] gets both sides of the blackness. Martin Luther King Jr. got a whole day after him, but Malcolm X got nothing.”

Hudson Press (center) receives an award from Leroy Baker, president of the Alexandria Society for the Preservation of Black Heritage.

Even for the most controversial City Council docket items, the chambers were almost never as full as they were on Martin Luther King Jr. Day. Every seat in the room was filled. More chairs were brought in, which were also quickly filled, until the line to watch stretched down the hallway. There was no national celebrity speaking. It wasn’t the special anniversary of the day. But in Alexandria, a city with its own heavy ties with the Civil Rights movement and its own history of civil disobedience, Martin Luther King Jr. Day is sacred.

In the council chambers on Jan. 15, the city gathered to honor students from nine local elementary schools who contributed posters to a celebration of Martin Luther King Jr. Day. The theme this year was public service.

“This year’s theme is serving others,” said Lisa Tio. “It’s amazing; the thought that went into these posters. [To the students,] you serve with your incredible art and skill. Thank you for serving with your talents.”

Tio said some of the art highlighted the heroic actions of people like the Tuskeegee Airmen or Harriet Tubman, while others focused on everyday service like family members working in construction or as chefs. One student made a poster dedicated to her school’s assistant principal.

In the lobby downstairs, elementary school students learning about the civil rights movement mingled with a crowd where many remember its struggles first hand. MacArthur Meyers was 16 when Martin Luther King Jr. was killed.

“Alexandria was the place where poor people campaigned on their way to Washington,” said Meyers. “They came to Alexandria at the corner of Henry and Duke, and they had to stay there for two weeks. Alexandria fed, nourished, and watched over them.”

When he thinks about those days, Meyers says he thinks of the trains coming into the city, fully loaded with eager civil rights protestors. Meyers retrieved a harmonica from his coat and played some of the songs spread across the country in the backs of train cars.

Randy Stevens said he remembered having to order his food on the King Street side of a local restaurant, then move around to the Washington Street side to pick it up because black residents weren’t allowed inside. It’s the kind of separation and humiliation Stevens said younger generations don’t understand, which is why it’s important to continue teaching about the civil rights era and pass those memories along to generations at a young age.

“Martin Luther King Jr. showed the world that this wasn’t just a social issue, it was a human issue,” said Stevens. “This wasn’t about civil law, it was about human law. He helped make that change.”

Stevens said that Martin Luther King Jr. Day is as important now as it’s ever been, and says he sees the government’s treatment of Latino families as the new placement of a minority group at the bottom of the power structure.

Mayor Allison Silberberg told students in the lobby about the history of Martin Luther King Jr. Day as a witness to it. Silberberg said she worked as an intern for the late U.S. Sen. Edward “Ted” Kennedy, and recalled the struggle to win enough votes to make it a federal holiday. As it looked like the vote wasn’t going to succeed, Silberberg said she remembered Kennedy preparing to call Coretta Scott King to apologize for letting her down. When it passed, Silberberg said she was jubilant. She ran down the hall into the reception room and was the first one there, turning to see Kennedy walking arm in arm with several Civil Rights leaders down the hall. Away from the cameras and the press, Silberberg said they sang “We Shall Overcome.”

“We’ve come a long way,” said Silberberg, “and we still have a ways to go.”