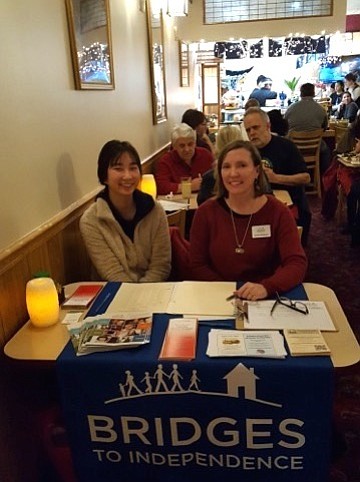 Sushi Zen hosted a fundraiser “Eat sushi. Build bridges” on Jan. 24 to support Bridges to Independence. In honor of Sushi-Zen’s 20th anniversary, it is hosting 20 fundraisers in 2018 supporting Arlington non-profits. Twenty percent of the evening’s dinner proceeds were donated to Bridges to Independence, who have been working with homeless families since 1985 to lead them out of homelessness and into stable, independent futures. Rosie Gordon-Mochizuki, co-owner of Sushi Zen with her husband, says her goal is to raise $20,000.