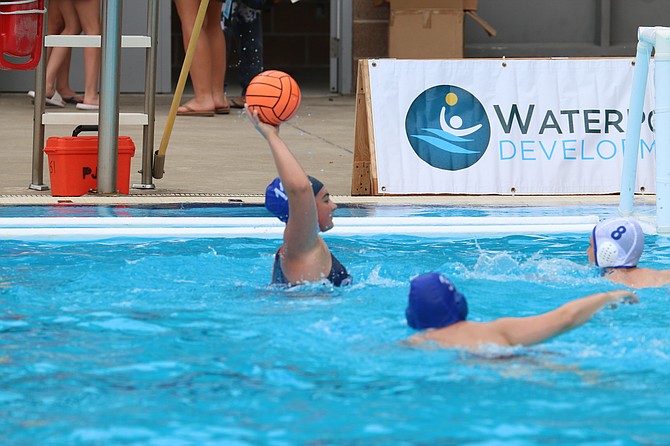 The Capital Narwhals with their medals.

Fresh off a gold win in tri-state competition, the Arlington-based Capital Water Polo co-ed 12 and under (12U) team returned from Montreal, Canada for HaBa WaBa North America, an internationally-recognized water polo event for young athletes with the bronze medal. The four-day competition took place June 27 – July 1.

Capital Water Polo returned to HaBa WaBa after the co-ed 11U team took 4th place in 2016.

“Our 12U team enters this international event, with extensive practice and competitive play among some of the toughest teams in our region,” said Capital Water Polo Head Coach Miras Jelic, a former professional water polo player in Serbia. “This is another opportunity to grow and show how we are providing world-class water polo training across the river from the nation’s capital.”

In July, Jelic and Senior Coach Petar Solomun, who played during school in Serbia and went on to play in France and California, led two teams in this summer’s USA Water Polo Junior Olympics.

Capital Water Polo was formed in 2011 by Arlington families as Ball Under Water Polo to serve Arlington players. Today the club serves families from Washington, D.C., Maryland, and Virginia and practices at Arlington’s high school pools.

Since 2012 Capital has participated in six Junior Olympics in California and in several regional competitions in Richmond, Pennsylvania, Connecticut, New Jersey, and Maryland. Some players have scrimmaged in Serbia and last year several athletes went on to play collegiate water polo for NCAA Division 1 and 3 teams.

The club is open to girls and boys ages eight through 19 and is currently accepting new players in all age groups.