Luck of the Irish in Alexandria
Votes

Luck of the Irish in Alexandria 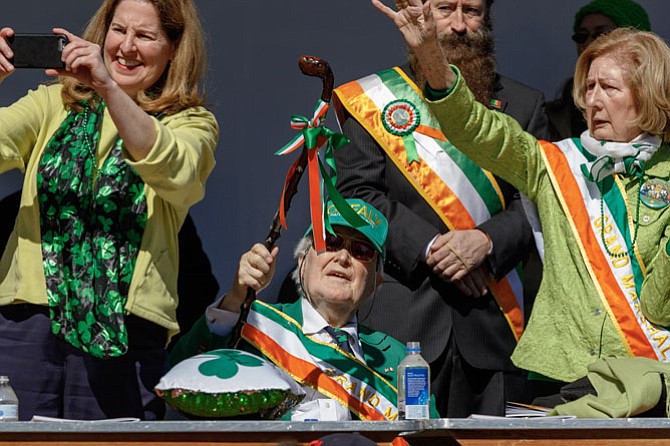 “I never thought 37 years ago that all these great things would be happening.” — Parade founder and Grand Marshal Pat Troy 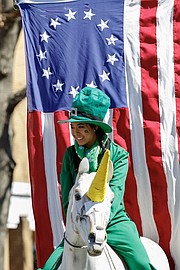 Drum Major Konstantin Gojnycz leads the City of Alexandria Pipes and Drums along the parade route.

Dancers from the Lauren O’Neill-James School of Irish Dancing perform during the St. Patrick’s Day Parade March 18 in Old Town. 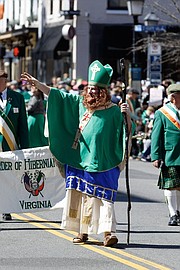 A member of the Ancient Order of the Hibernians waves to the crowd.

“I am so proud to sit on the reviewing stand and see the flags of Ireland and the United States flying together,” said Troy, chairman emeritus of the Ballyshaners organization and founder of the parade. “John Fitzgerald and other city founders were from Ireland and are a significant part of our history. Those flags are flying in their memory and for a legacy that should not be forgotten.”

Originally scheduled for March 3, the parade was postponed as high winds moved through the city leaving thousands without power. While the traditional pre-parade Classic Car Show was unable to be rescheduled, the Animal Welfare League of Alexandria held its annual Fun Dog Show in Market Square prior to the start of the parade.

“I never thought 37 years ago that all these great things would be happening,” Troy said. “It’s beautiful to see the streets lined with Irish flags and to know our heritage continues to be celebrated.”