Adding Their Voices to the March For Our Lives
Votes

Adding Their Voices to the March For Our Lives 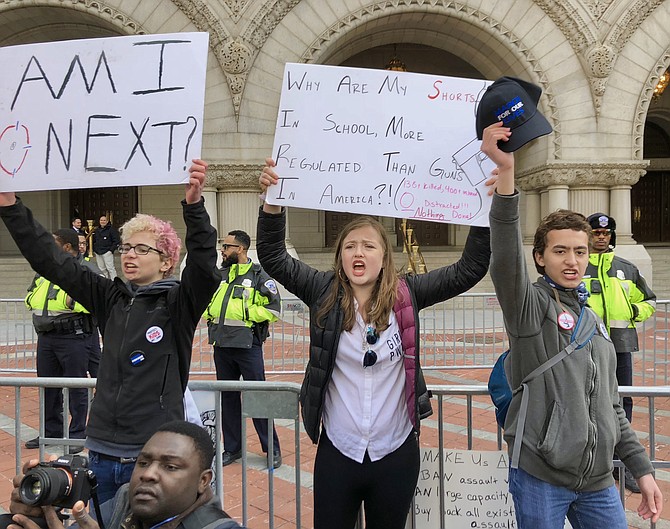 Tanaquil Eltsov, 14, helped lead protest chants in front of Trump International Hotel on Pennsylvania Avenue at the March For Our Lives, Saturday, March 24. An eighth grader at Thomas Jefferson Middle School, she said, “I feel unsafe in school. Since Sandy Hook, kids of our nation have shown that we are not content with what’s going on in our country to address gun violence.” As a follow up to the march, Tanaquil said she will organize a Young Politicians TJMS club and podcast to involve her classmates in political action. Photo by Bill Bronrott 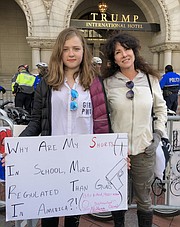 Tanaquil stands with her mother, U.S. Army Lt. Col. (retired) Vitessa Del Prete, during the protest rally in front of the Trump hotel.