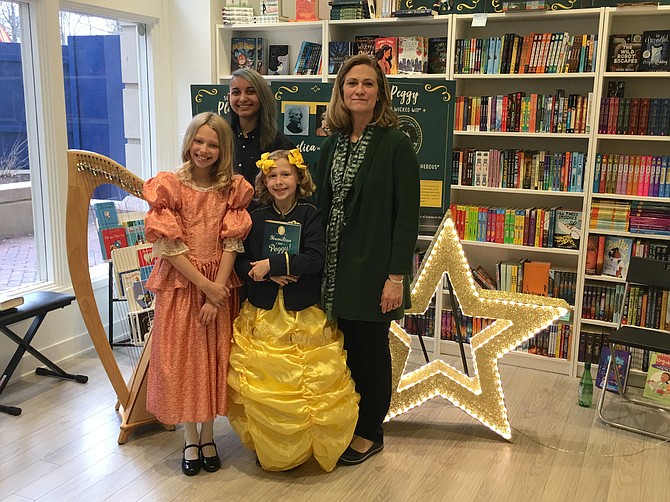 The event, "Celebrate St. Patrick's Day at Scrawl Books!" at Reston Town Center featured lever harpist, Nyx Hauth, performing Irish classics, and a stunning performance by sisters Megan and Addison Duncan, dressed in full-costume to sing, "Alexander Hamilton" and "The Schuyler Sisters," from the Broadway musical, “Hamilton.” Megan is a fourth-grader at St. Joseph School in Herndon; Addison is a sixth-grader at Oak Crest Academy in Reston. Following their performance, Great Falls author L.M. Elliott took the Scrawl stage to read from and discuss her new Young Adult novel, “Hamilton and Peggy! A Revolutionary Friendship.” The program had fans standing in the hallway to catch the performers and to wait for copies of the books to be signed.