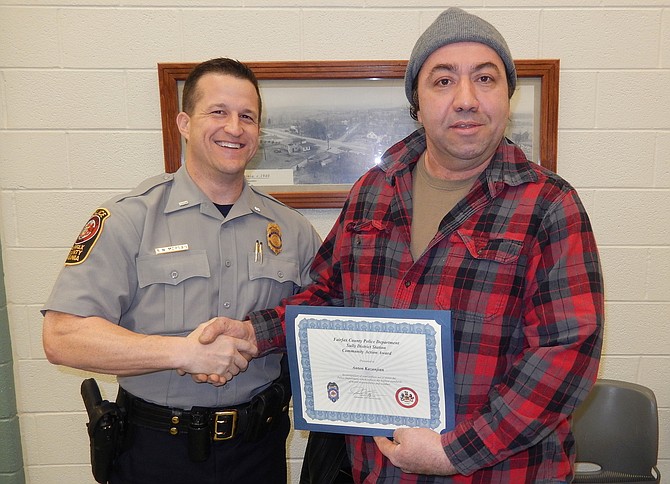 Area resident Anton Kazanjian received a Community Action Award during the March 14 meeting of the Sully District Police Station’s Citizens Advisory Committee. And it was for helping police catch the person who stole his own car.

“From time to time, citizens help us solve crimes,” said Lt. Ryan Morgan, the station’s assistant commander. “Imagine if you see your car being driven by somebody else? [South Riding’s] Anton Kazanjian saw that and did the responsible thing — he called 911.”

Morgan said police officers immediately started converging on the scene, but the victim “stayed calm and cool. The car took off and a pursuit followed. But we were able to stop it and arrest the driver for that offense, as well as for other crimes. Mr. Kazanjian really helped us out and, for his actions, we’re presenting him with a certificate and a Sully District Station challenge coin.”