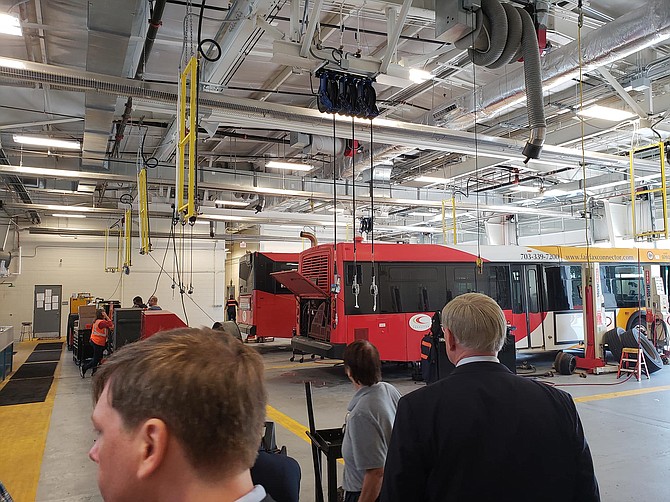 Fairfax County Board of Supervisors Chairman Sharon Bulova speaks at the Ribbon Cutting held for $14 million renovation of the Fairfax Connector Reston-Herndon operating facility on Sept.19, 2018.

With a fleet size of 80 buses and reported capacity of 100 buses, a phased design approach to the renovation allowed operations to continue without interruption.

"Traffic and Transportation…Two things that will keep Herndon moving," said Bill McKenna. "It was an honor to be part of the Fairfax County Connector Reston-Herndon Garage expansion and upgrade. This will be a vital part of how Herndon will move forward with Metro and traffic by helping to move our residents efficiently and reducing our traffic footprint," McKenna added.

Supervisor John Foust (D-Dranesville) posted that the working environment was now safer, more efficient and more comfortable than before. "The improved facility will also help the Connector meet increasing transit needs in the area," Foust posted on Facebook.