11th Annual Fairfax Out of the Darkness Walk 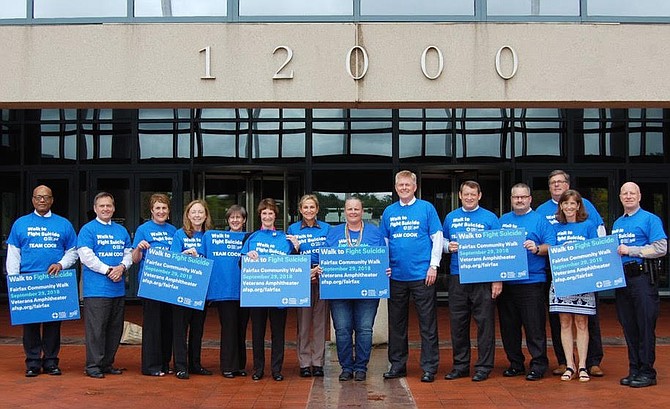 Each year, nearly 45,000 Americans die by suicide. On Saturday, Sept. 29, more than 1,500 people from throughout Fairfax County and Fairfax City are expected to come together for the 11th Annual Fairfax Out of the Darkness Community Walk to help raise awareness and funds that allow the American Foundation for Suicide Prevention to invest in new research, create educational programs, advocate for public policy and support survivors of suicide loss.

“Suicide is the 10th leading cause of death in the United States and a leading cause of death of first responders,” notes Braddock District Supervisor John Cook, who is sponsoring a team for the walk. “For too long, stigma has prevented the efforts needed to push back on suicidal thoughts and tendencies. I am thrilled that a broad team of county leaders is joining me as we fight back against the stigma of suicide and spread the message that we are here to help, not judge. “

Registration/check-in begins at 9 a.m. at the Veteran’s Amphitheatre in the City of Fairfax, 10485 Armstrong St., Fairfax. The walk begins at 11 a.m.

Karrie Boswell, who retired from the Fairfax County Fire and Rescue Department in 2015 and organizes the Fairfax event, says the cause is one close to her heart as a former first responder. “More firefighters and police officers die annually by suicide than in the line of duty. It’s an epidemic among first responders,” Boswell says.

To register or for more information, visit afsp.org/fairfax.