The Stars of Del Ray
Votes

The Stars of Del Ray 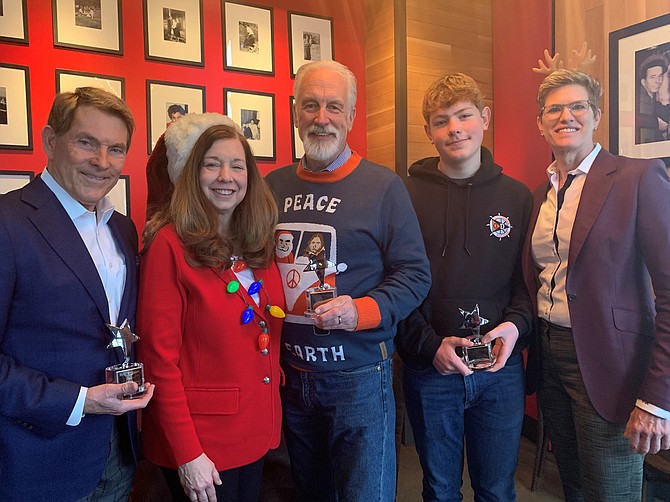 DRBA president Sue Kovalsky led the presentation of awards to individuals who have contributed to the success of the Del Ray community’s many events throughout the year, including the Taste of Del Ray, Halloween Parade, Turkey Trot, Tree Lighting and recent Candy Cane Crawl.

Bill Reagan, Executive Director of the Alexandria Small Business Development Center, was honored with the City Star Award for his work as a liaison between the city and Del Ray businesses.

William Jahns received the Youth Star Award for his many hours of volunteer support at Del Ray events and Amy Shopkorn received the Citizen Star Award.

According to Kovalsky, “the Star Awards are presented to individuals that have gone above and beyond in supporting, promoting and volunteering for the Del Ray Business Association and thus helping to make Del Ray such a great place to live, work and shop.”