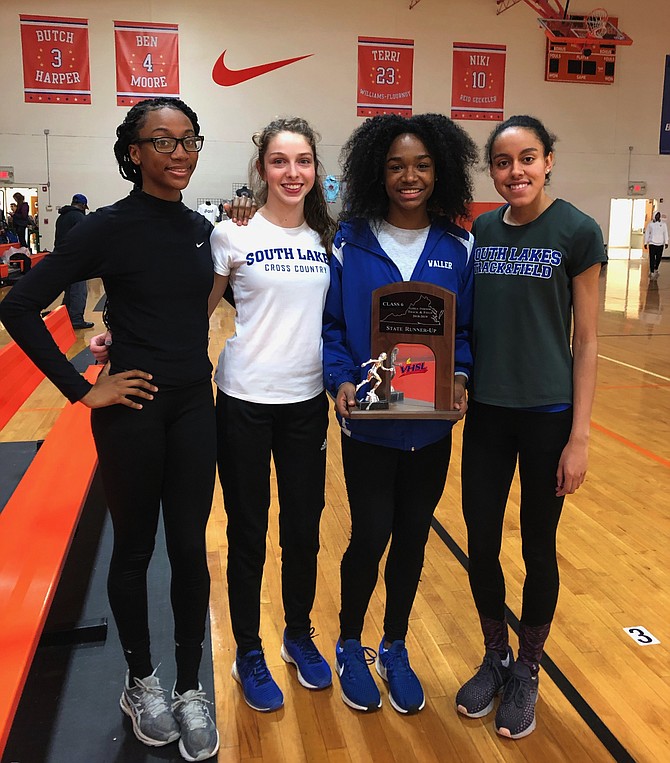 Going into the final event of the meet, South Lakes High School only needed to finish ahead of South County High School to preserve second place at the 6A State Championship.

They did that and much more at the Boo Williams Sportsplex in Hampton, Va.

It’s the second consecutive runner-up finish for the SLHS girls track team. The Lady Seahawks scored 49 points and were followed by South County’s 40. Western Branch won the title again, this year with 77 points. There are 52 schools in 6A.

Junior Caleb Miller was sixth in the shot put (47-08.25) for the boys team that finished 34th. Senior Asher Levy-Myers finished eighth in the pole vault.

SLHS will close the indoor season with a select group participating in the New Balance Nationals March 8-10.