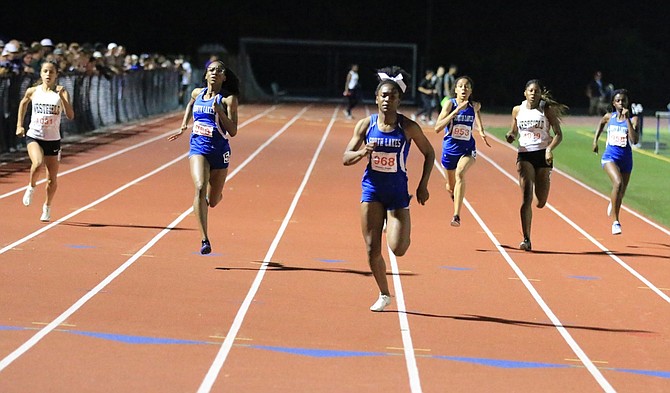 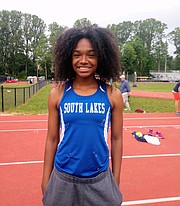 In winning the 100, Junior Hannah Waller broke the region record of 11.99 set by Olympian Murielle Ahoure in 2005, when she was a student at Hayfield Secondary School.

Winning all three relays combined with dominating performances in the jumps and sprints propelled the South Lakes High School girls team to the 6A Region D track and field championship May 23 at James Robinson Secondary School in Fairfax.

Senior Isabelle Gulgert, juniors Caitlyn Morris and Emily Lannen and freshman Annika Yu won the 4x800 in 9:26.50 on the first day of competition to begin the relay domination. On Day 2, seniors Jordan Anderson, Nicole Post, junior Rhema Konadu and sophomore Juviannadean Mullings ran a 48.83 to win the 4x100 meter relay. Anderson, Lannen and juniors Mary Gregory and Hannah Waller closed down the meet by winning the 4x400 meter relay in 3:56.41.

Along with Waller, region champions for the Lady Seahawks include:

Sophomore Amelia DiBiase finished fourth in the pole vault (9-03.00), marking the first time in school history that both genders will be represented by SLHS at the state meet.

South Lakes will compete in the 6A State Championship meet May 31-June 1 at Todd Stadium in Newport News.