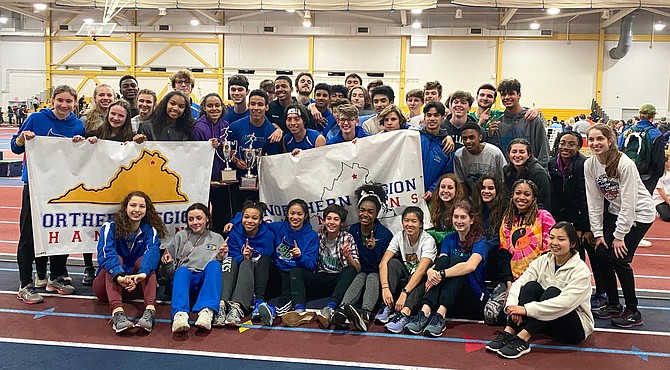 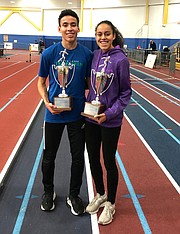 South Lakes won both the boys and girls titles at the 6A Northern Region D Indoor Track and Field Championships Feb. 12 at the Prince George’s Sports and Learning Complex in Landover, Md.

It’s the first time in school history that both teams have won the region championship in the same season.

Seniors led the way for both teams:

Sophomore Joshua Gregory led the contributions of the underclassmen to the championships.

At the 113th NYRR Millrose Games Feb. 8 at The Stadium Armory in New York City, Howard, Gregory, junior Juviannadean Mullings and Waller finished second in the 4x200 meter relay with a school record time of 1:39.65. Waller also finished fifth in the 60 meters (7.63).

SLHS will send 24 athletes to the 6A State Championship Feb. 28-29 at the Boo Williams Sportsplex in Hampton, Va.