Pay to Play or Legitimate Representation in Virginia?

Pay to Play or Legitimate Representation in Virginia? 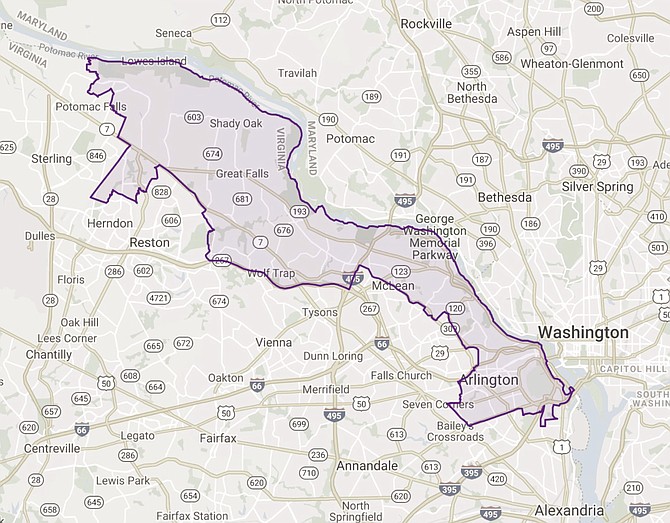 Is two-term Sen. Barbara Favola (D-31) a rising star, poised to become chairwoman of a Senate committee if Democrats seize control of the Senate? Or is she an opportunist capitalizing on insider influence for personal gain?

That’s a question for voters this June in a primary that pits Favola against challenger Nicole Merlene, who says Favola’s consulting business is the embodiment of everything that’s wrong about Virginia politics. The allegation centers on two clients of the consulting business: Marymount University and the Virginia Hospital Center, both of which are in the Senate district she represents. Favola says she recently took down the website of the consulting business because she is no longer seeking clients, and she denies doing anything untoward.

“I have never represented a client or an individual before a state agency, so I don’t know how you can say this is pay to play,” says Favola. “What I’m doing for these two organizations is very much internal to those organizations — raising scholarship money for students at Marymount, and the Virginia Hospital Center contract is over with. I helped them plan for mental health expansion.”

On the campaign trail, the tension between Favola’s ability to have a job helping businesses in her district and the potential ethical questions it raises have put a renewed focus on Virginia’s system of government. It’s a debate that erupted in dramatic fashion during the trail of former Republican Gov. Bob McDonnell several years ago, a trial that led to conviction and ultimately an acquittal by the United States Supreme Court. Now voters in Arlington, Fairfax and Loudoun have a choice to make about whether Favola’s consulting business should be a source of concern.

"What I find really fascinating about the Favola versus Merlene race is that it looks in some ways a lot like the Alexandria Ocasio-Cortez versus Joseph Crowley primary of 2018, where a pretty well established and respected incumbent found themselves on their heels by a political newcomer who wasn't raising a lot of money but was able to tap into enough progressive voter frustration to win,” says Quentin Kidd, political science professor at Christopher Newport University. "The similarities are striking to me, regardless of who wins this primary." 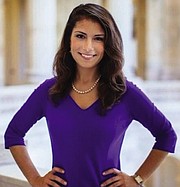 NICOLE MERLENE, 26, is a native of Washington, D.C., although she was raised in the Tara-Leeway Heights neighborhood of Arlington. She has a bachelor of arts in public policy with a minor in economics and a master of public administration, both from the University of Delaware. She’s served on the executive committee of the Arlington County Civic Federation as well as the Arlington Economic Development Commission. Professionally, she spent several years as policy director for Invest in the USA, a trade association of small banks that make loans to distressed communities for economic development and job creation. On the campaign trail, she’s been critical of Favola for being part of a pay-to-play culture in Richmond, where Merlene says the senator has been using her elected position to leverage her position in the legislature for personal gain.

“As much as we hoot and holler about Trump leveraging his position for the Trump International Hotel in D.C., apparently you’re allowed to do that in Virginia,” says Merlene. “We have an elected official who is breaking what in many other jurisdictions would be breach of ethics.”

If elected, Merlene has a long list of agenda items she would like to accomplish. On transportation, she wants the General Assembly to facilitate a regional approach to bus transportation where neighboring jurisdictions would work together to coordinate routes and move passengers across Northern Virginia. On housing, she would like local governments to have more authority to require developers to deliver amenities that don’t directly benefit the development. And on the environment, Merlene says she would like to see a regional recycling program for glass.

“Northern Virginia as a region can work together to do things like purchasing new technology that can do things like crush glass and turn it into pavement,” says Merlene. “This epitomizes the Green New Deal because pavement is a carbon-intensive process to make.” 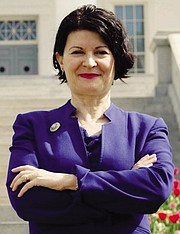 BARBARA FAVOLA, 63, is a native of Windsor Locks, Conn. She moved in Washington, D.C., in 1980 and then moved to Arlington in 1983. She has a bachelor of science in political science and economics from the Saint Joseph College in West Hartford, Conn., and a master of public administration from New York University. Professionally, Favola held a number of different jobs in the U.S. Department of Health and Human Services as well as serving as part of the professional staff of the House Budget Committee under Chairman James Jones (D-Okla.). She was on the Arlington County Board from 1997 to 2011, when she was first elected to the Senate. During her time in the Senate, she founded a consulting firm known as Pathway to 21st Century Communities — a group that took on clients including Marymount University and the Virginia Hospital Center.

“I do not sit on any committees that have oversight or hospitals or universities,” says Favola. “Nothing I have done — nothing — is by any stretch unethical."

During her time in the Senate, Favola passed legislation requiring the state to participate in a federal program providing resources to foster youth who exit the system at the age of 18. She worked on legislation expanding mental health services in Virginia public schools, and she passed a law requiring individuals to forfeit guns if they violate protective orders.

If re-elected, Favola says, she would like to expand access to early-childhood education and expand home visits of registered nurses or social workers to low-income new mothers. Her top priority would be passing a bill that would allow for debt-free community college for people in certain fields like early-childhood education, teaching, nursing, cybersecurity and artificial intelligence. Favola says a pilot program limited to Northern Virginia would cost about $25 million.

“We have 45,000 jobs that are unfilled, and many of those jobs do not require a four-year degree,” says Favola. "They require a highly technical skill set, which we apparently are not really producing here in Northern Virginia.”