Annual Springfield Regatta is a hit. 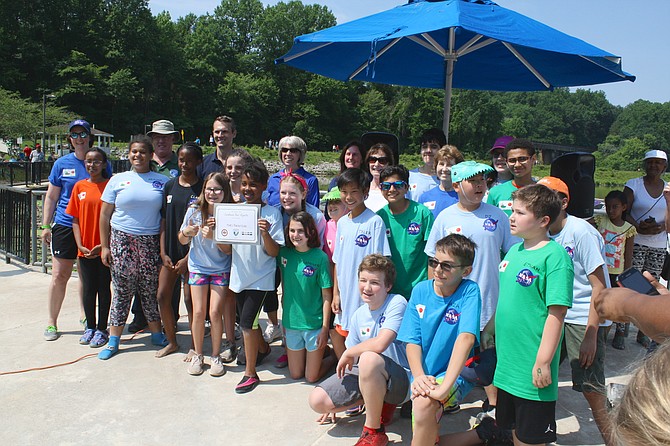 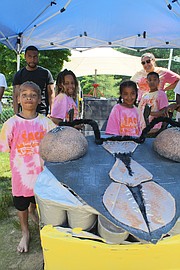 The SACC team from Mount Vernon competed in the Cardboard Boat Regatta at Lake Accotink.

Chairman Sharon Bulova kicks the race off with a Springfield Days proclamation.

Building the NASA-themed “Space X” boat out of Kings Glen Elementary School was a Standards of Learning lesson as much as it was a student project for the annual Cardboard Boat Regatta at Lake Accotink. There were lessons on math, language arts, physics, public relations and writing to build the boat, but when it came to coordinating the rowing, they practiced a few minutes before launching because “we were so worried about getting the boat done,” said Sierra Berkley, 11. On the water, the Space X boat didn’t come in first but the 27 students involved did earn the Team Spirit award.

There were several heats of races throughout the day and winners in the various categories. Fans lined the beach, the announcer MC’d the event and lifeguards helped out in the water. In case of any emergencies, the Greater Springfield Fire and Rescue Squad was nearby, and has been involved every year. “It’s usually scrapes, heat exhaustion,” said Kayla Thompson, a rescue squad volunteer that has been to races in the past.