Once a Seahawk, Always a Seahawk: South Lakes High School Graduates Class of 2019 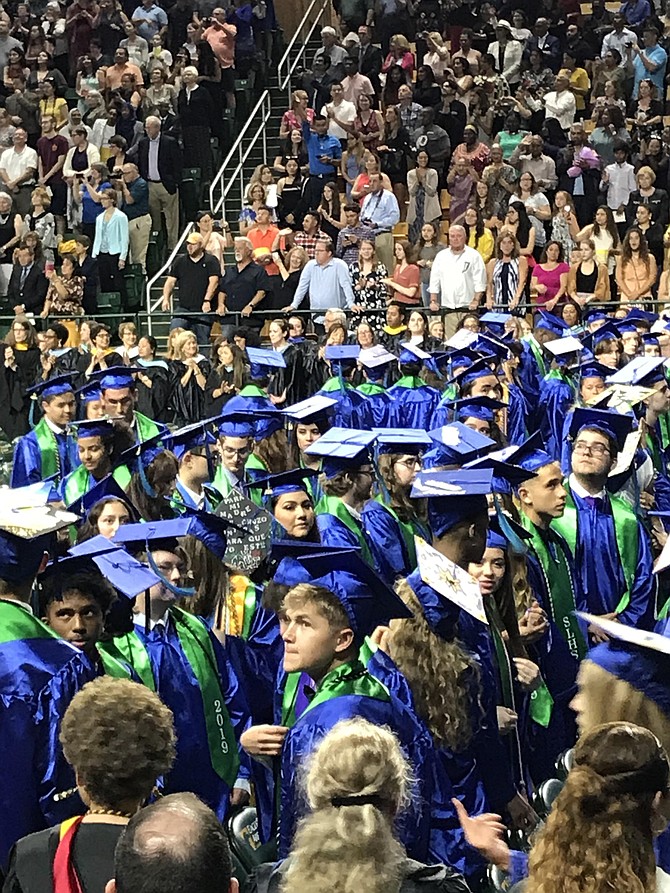 South Lakes High School Class of 2019 looks toward the stadium seating for their loved ones at George Mason University EagleBank Arena during their Commencement Ceremony held June 5. Photo by Mercia Hobson. 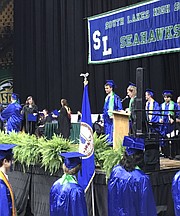 One moment a South Lakes High School graduate candidate, the next, a graduate of the Class of 2019. 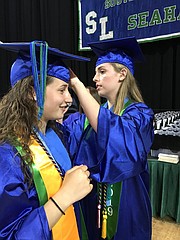 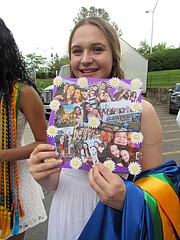 Emily Lazun, 18, of Reston, heading to James Madison University: "Tomorrow I will be sleeping in, then helping my mom clean her classroom." 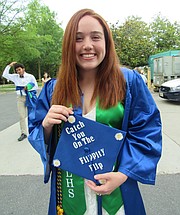 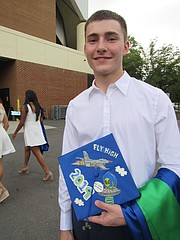 Kyker Silata, 18, of Reston, heading to boot camp in Texas: "My favorite memory is moving to Reston and graduating from South Lakes High School." 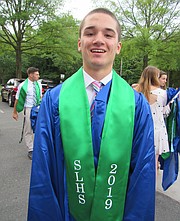 Alex Storrel, 18, of Reston, heading to Virginia Commonwealth University: "The most challenging part of high school was waking up on time for class." 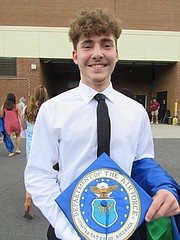 Ryan Silata, 18, of Reston, heading to the United States Air Force: "South Lakes High School, crowded but worth the wait."

Like most high school graduates, the South Lakes Class of 2019 studied, learned and played together for 13+ years. On the evening of June 5, the class gathered not as students, but graduate candidates for their Commencement Ceremony at George Mason University EagleBank Arena. But before the addresses, remarks, and presentation of diplomas, the class took a moment and recognized individuals closest to them who played a role in their success.

"Parents, grandparents, aunts, uncles, siblings, and friends, you have all played an enormous role in our time at South Lakes. None of us would be sitting here today, without your love and support," said graduate candidate Kate Kaufman in her Welcoming Remarks. The Senior Class Song, "Remember Me" performed by Chorus Members and directed by Rita Gigliotti followed.

Jimmy Flood affirmed to his fellow graduates that they would be remembered having left their mark on South Lakes while learning much. "We have learned the virtues of honor, courage, compassion, and acceptance. I could not be prouder to call myself a member of the Class of 2019," Flood said.

In her Assistant Principal's Address, Colleen Robson “bragged about” the accomplishment of the 552 graduates, and how "they persevered through odds that at times felt suffocating.” Robson said, "Three hundred thirty-two of these talented young men and women will attend a 4-year college...139 will attend a 2-year college and 12 will participate in a career or apprenticeship program... Your children have collectively been awarded scholarships close to $6.5 million...volunteered over 24,000 hours of community service...Every time someone said, ‘You can't,’ or ‘You won't,’ you did. Celebrate your struggles, for, without them, you would never know your strengths. The multiple languages you speak, give multiple lenses through which to see the world."

Class Speaker Carolyn Weis acknowledged the day was a time for the graduates to reminisce, and in the future, new victories would be made. However, the Class of 2019 should not think in terms of wins and losses and successes and failures. Weis said, "That's too black and white. And it ignores what we are really here to celebrate tonight the glorious gray areas...The much more ordinary, day-to-day life that most of it was made of."

Weis spoke about the future and how a lot of adulthood "is just showing up" and "taking tomorrow as it comes.” She reminded the graduates to yes, go in pursuit of their most significant dreams and wildest passions but also "lasting contentment that may fulfill us and be shared with the people we love." Weis bid her classmates goodbye. "Go forth kindly, confidently and bravely...I hope you have plans that are bigger than just tomorrow...I hope you don't live your life searching for black and white answers to things, but that you find that you are comfortable in the gray areas, the wonderful in between that life is made of."

Principal Kimberly Retzer named five nominees for the Bruce Butler Leadership Award, Cristopher "Bear" Ford, Jessica Gibson, Javairia Khan, Sophia Liao, and Bryan Viera Gomez. "The faculty nominates students who best exemplify the characteristics and attributes of scholarship, leadership and service," she said. Retzer announced Bryan Viera Gomez winner. "Bryan arrived at South Lakes in January of 2016 as a level 2 ESOL student," she said. Retzer said Gomez immersed himself in his studies and quickly became recognized for his work ethic, graduating with a 3.9 GPA. She said Gomez was an active member of the AVID class, Advancement Via Individual Determination and how he was the "first one to help struggling peers both in AVID and other classes."

Tiffany Welborn, a teacher at South Lakes High School presented the Keynote Address. Welborn advised the graduates to believe in themselves and to be the best they could be. "When you believe in yourself and chose to be a better person than you were yesterday, you will find yourself being successful in life,” she said. Welborn closed with a quote she attributed to Les Brown. “Shoot for the moon, even if you miss, you’ll land among the stars,” she said.