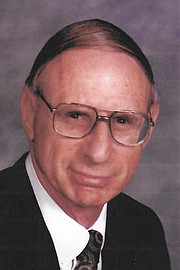 Glenn Fatzinger, a Mount Vernon civic activist and philanthropist, was selected for the 2019 Chancellor’s Award for Leadership in Philanthropy for Virginia’s Community Colleges

His most recent Chancellor’s Award resulted in one full scholarship to be awarded in his name to a community college student. Since 2011 he has raised more than $100,000 for the NOVA nursing scholarship program.

In 2016, Fatzinger was appointed by the Board of Supervisors to the Fairfax County History Commission, where he continues to serve as the secretary to the board.