Stations reopen with improvements, although some construction continues. 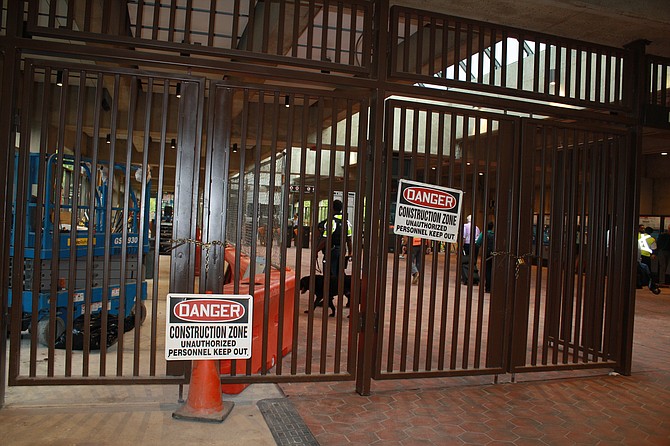 There are still signs of construction around the Franconia-Springfield Metro station, but the smile on Ofori Akwasi’s face as he handed out papers 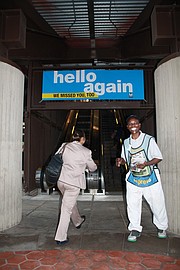 at the bottom of the escalator on Sept. 9 was a good indicator that commuters were glad to have the trains rolling again.

Emma Elms of Alexandria was heading to her job downtown. She drove to work all summer, but says the train is easier. “Too many people on the road,” she said.

Over the summer, there were several bus systems in use, shuttling commuters from the stations south of Reagan-National Airport to stations where the trains were still rolling. The buses were free for the summer, as was the parking at the stations and the complaints were minimal. Erin Scronce of Springfield liked that system, particularly the cost. “It was great, I prefer it to taking the train,” she said.

Monday morning commuters rushed by as usual, and one man heading to the Pentagon had no time to reminisce. “I’m just excited that something gets done,” he said.

While all heavy construction activity has been completed, customers should be aware that work will continue for several more weeks without impacting train service, WMATA said. Metro users should be aware of the following when using the system:

Customers should listen for announcements from Metro employees or visit wmata.com for next train information, service status and trip planning.

The platform project was part of a larger effort by Metro called “Metro's Capital Program,” where they are investing $15 billion over 10 years to improve the customer experience and keep the region's infrastructure in a state of good repair by investing in new railcars and buses, improving stations and platforms, upgrading fire-suppression and emergency response systems, replacing and repairing tracks, tunnels, bridges, signals, and communications systems, rebuilding decades-old bus garages and providing modern customer amenities such as passenger information systems, Metro information stated. For the first time in Metro's history, the capital program is bolstered by dedicated funding from Maryland, Virginia, and the District of Columbia, Metro said.