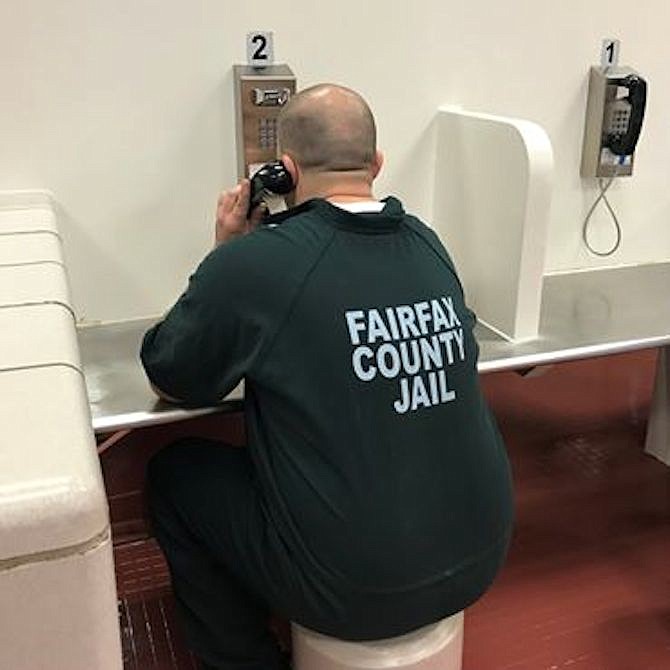 Effective March 18, personal visiting with inmates at the Adult Detention Center and Alternative Incarceration Branch was suspended to help prevent the spread of [COVID-19]. Instead, all inmates are given two free 15-minute phone calls per week. Photo via Facebook.com Fairfax County Sheriff 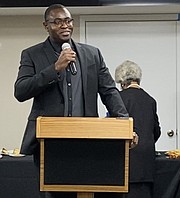 Kofi Annan of Herndon is CEO of The Activated People LLC, one of 18 organizations in the NOVA Equity Agenda Coalition. 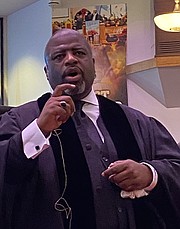 Dr. Vernon C. Walton is Senior Pastor at First Baptist Church in Vienna, one of the 18 organizations in the NOVA Equity Agenda Coalition. 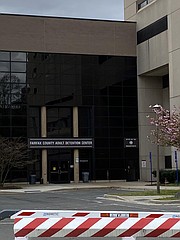 According to a joint response dated April 3, 2020, by Fairfax County Sheriff Kincaid and Chairman Jeffrey McKay to Kofi Annan, the inmate population at the Fairfax County Adult Detention Center on April 1 was 589, compared to 731 on March 1, a drop of 20 percent, an indication that the Police Department is making fewer arrests.

Exactly when and how the coronavirus first entered the Fairfax County Adult Detention Center remains unknown. According to a March 30, 2020 statement on the Sheriff's Office website, an inmate in his 20s at the Center tested positive for COVID-19. "While we are doing everything we can to prevent the spread of illness, it is possible that additional cases will occur since individuals already could have been exposed," the statement said. Incarcerated since Jan. 29, 2020, the man is quarantined at the Adult Detention Center.

"Jail and prison populations across the Commonwealth and the country are extremely vulnerable to contracting the coronavirus…[and] challenged to consistently preserve the recommended hygiene practices. …Inmates at the ADC [Adult Detention Center in Fairfax] were sentenced to be detained, not sentenced to death," said Kofi Annan, CEO of The Activated People LLC.

On March 31, in a statement from Fairfax County Commonwealth's Attorney Steve Descano's office, Descano said, "In the pursuit of justice, we always take the health and wellbeing of our community into account when making prosecutorial decisions — that includes the wellbeing of incarcerated individuals." Descano detailed measures taken ahead of the first confirmed case at the detention center. "I proactively sought and received a list from our Sheriff of inmates scheduled for release in the next 60 days. …Wherever possible, we've begun recommending the release of individuals who have adequately paid their debt to society and do not pose a threat to community safety," Descano said.

KOFI ANNAN of Herndon is CEO of The Activated People LLC, one of 18 organizations comprising the NOVA Equity Agenda Coalition. On March 31, he emailed Fairfax County Chairman of the Board of Supervisors, Jeffrey McKay, all Supervisors, Sheriff's Office, Chief Edwin Roessler Jr., Fairfax County Police, and Peter Flynn. "The purpose of this communication is to urge the County to take more deliberate short-term measures to reduce the number of inmates housed at the Center until COVID-19 abates. This is even more pressing in light of the revelation that an inmate tested positive."

A March 31 letter emailed by Annan on behalf of NOVA Equity Agenda Coalition to the Fairfax County Board of Supervisors, Commonwealth's Attorney, Sheriff's Office and Police Department said in part: "While the [Sheriff's] Department is taking meaningful measures to protect inmates, it is not clear that Fairfax County as a whole is taking holistic, aggressive measures necessary to reduce the number of inmates housed in the county detention facility. …To reduce the risk of exposure…all must work together to both reduce the current jail population and the in-flow of new inmates. We urge Fairfax County to…reduce pre-trial detention. Only make arrests for violent offenses and issue other citations for non-violent offenses. Release older inmates and those currently being held for non-violent offenses. Limit the number of check-ins (for) people on parole and probation have to make or implement virtual check-ins. Eliminate medical co-pays in jail."

The Coalition raised an important issue involving those who are incarcerated and those who operate the facility, said Supervisor John W. Foust (D-Dranesville). "I know the Sheriff and Commonwealth's Attorney. I'm sure they share this concern…[and] will do everything they can to protect the inmates as well as the employees who work in the jail," he said. Supervisor Pat Herrity (R-Springfield) said that any effort to reduce the time convicted criminals spend in the jails "should take into account the impact on the victims, public safety and the severity of the crime." He added the County needed to ensure its Sheriff's deputies had the protections to stay safe "and do what we can to keep the inmates that remain in jail safe during the pandemic."

As for steps and measures taking place as well as information and best practices during the pandemic, Sheriff Stacey A. Kincaid said, "We have worked tirelessly with the medical professionals in the Health Department to stay informed and to implement the best protocols to help fight the spread of this invisible threat. …Transfers of inmates to the Virginia Department of Corrections has been suspended. … We are also working with the courts to limit the transfer of individuals between jurisdictions for court hearings. … We have also proactively arranged through the courts for video hearings to be held to limit traffic within our facilities."

Dr. Vernon C. Walton is Senior Pastor at First Baptist Church in Vienna, one of the organizations in the NOVA Equity Agenda Coalition. "Crowded, confided spaces leave those incarcerated particularly vulnerable to the spread of the COVID-19 virus," Walton said.

Annan echoed Walton's words and added they were pleased that the Fairfax County Commonwealth's Attorney's office was taking steps to reduce the inmate population at the Adult Detention Center. "However, these unprecedented circumstances demand bold, innovative solutions that are singularly focused on saving as many lives as possible,” Annan said. “While the release of 36 inmates is a very good start, we continue to urge the County to take the additional steps we highlighted in our original [March 31] letter."

A JOINT RESPONSE from Sheriff Kincaid and Chairman McKay regarding the March 31 letter Annan emailed on behalf of NOVA Equity Agenda Coalition said: "The recommendations of your group merit consideration as we are all working toward a common purpose – preventing the spread of COVID-19 and keeping our community healthy and safe. …The Police Department is making fewer arrests. On April 1, the ADC population was 589 compared with March 1, when it was 731. …Only the courts, through magistrates and judges, have decision-making authority regarding who goes to jail and the length of their sentence. If a court issues orders to release certain inmates, the Sheriff's Office will comply with those orders. The terms of probation also fall under the courts. Commonwealth's Attorney Steve Descano indicated he has reviewed case files and will petition the courts to release selected non-violent inmates with limited time remaining on their respective sentences."

Regarding medical care and co-pays in the Adult Detention Center, Kincaid and McKay said: "There is no co-pay for the care they provide nor for over-the-counter medication. We have on contract, a medical doctor, dentist and optometrist. Co-pays apply only with these contracted providers and not in every case. …Please know that together we are taking every possible measure to ensure the wellbeing of those entrusted to our care and the community at large."

Valerie Slater, Esq. is the executive director of RISE for Youth, another organization in the Coalition. She works with incarcerated youth. Slater said, "We must strive now more than ever to support community youth in trouble who pose no threat to others. After reviewing the cases of all youth held at the NOVA Juvenile Detention Center, two youth were successfully released to community care, according to Parisa Dehghani-Tafti, Commonwealth Attorney of Arlington... We must not forget about the children."