Pica Deli stands up against COVID-19. 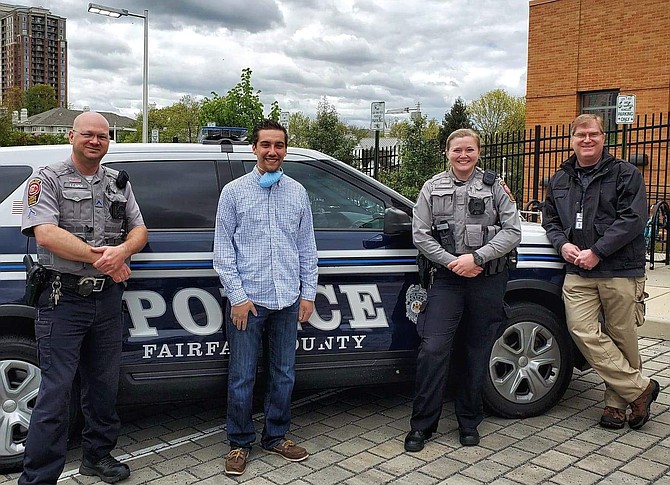 Pica Deli in Reston stood up against COVID-19 the best way they could, through food and community support. Pica Deli is a piece of Reston history. It served craft sandwiches to the community for thirty-three years under the ownership of Frank Pica. On Thursday, the Deli's new 2019 co-owners and partners, Frank’s son Tyler and Tyler's childhood and Reston friend, Caleb Max, set to work feeding a different population for the moment.

"It's come to our attention that the hospital cafeterias that feed our doctors and nurses on the front lines of this pandemic have had to close down, leaving these dedicated members of our community to deal with empty shelves in the grocery store and preparing meals at home...We here at Pica Deli have made the decision to step up and meet this need," said Max. However, he and Pica couldn't do it alone, he said.

Max posted an opportunity for the community to support the need through a Facebook fundraiser on the Deli's page to help them reach their goal of $4,000. In five days, they raised a reported $2,600 to help fund costs to donate sandwiches to front-line hospital medical staff and first responders.

Pica said he and the Deli’s staff spent nearly 8 hours preparing and packaging the first $1,000 worth of deli-delicious sandwiches. They delivered one hundred of them to front-line hospital workers at Reston Hospital Center on Thursday, April 23. On the Deli’s Facebook page, Max thanked everyone who donated. "It means the world to me,” he said. Later the calls and messages began, doctors expressing their gratitude and thanks, said Max.

Pica Deli is located at 11864 Sunrise Valley Drive in Reston. Pica and Max hope to continue the Deli's effort and reach out to more front-line workers. Search www.facebook.com/picadelireston/ to learn more about the Pica Deli donation program.