The baseball and softball league is set to proceed with practices and games later this month. 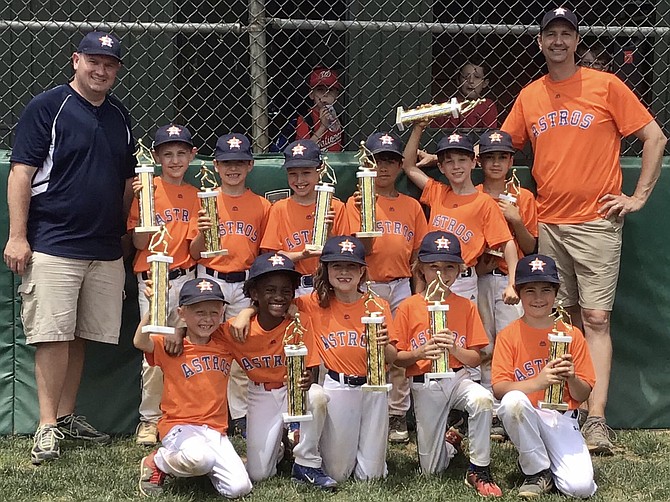 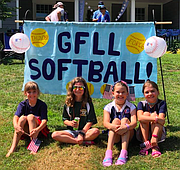 When Julie Ryan broke the news to her children, they were devastated.

The Great Falls Little League’s spring season had just been cancelled, meaning that one of her sons would have to miss his very last season in GFLL—a season when interest in baseball and softball was surging due to the Washington Nationals’ World Series win earlier in the year.

“It was a serious disappointment,” said Ryan, the league’s Communication Director.

But now, adopting protocols to mitigate the spread of COVID-19, GFLL is gearing up to start its fall season later this month, with games beginning in early September.

The league’s plans for reopening are laid out in its recently released COVID-19 Return To Play guidelines, which Ryan said are modeled after guidance from public health experts and other youth leagues across the country which have already returned to play.

“We’ve spent the past several months monitoring how youth sports are returning to play in local areas as well as nationally,” Ryan said. “Using all of that information, plus the best practices that we’ve been able to pull together, we felt like it was the right time to reopen.”

The resumption of youth sports that involve only incidental contact between players has been permitted since Fairfax County entered Phase 2 of the “Forward Virginia” plan on June 12.

THE NEW GUIDELINES require players, coaches, and their family members to take their temperatures and otherwise screen themselves for symptoms for COVID-19 prior to attending any league event.

Additionally, rather than using dugouts as in normal seasons, the guidelines mandate that a field’s bleachers be used as an extended “player area,” where each player will be designated their individual zone. Spectators must bring their own seats and are not permitted on the bleachers.

This is consistent with guidance from public health officials, Ryan said, as baseball is considered an “incidental contact” sport.

The home plate umpire will call balls and strikes from behind the pitcher’s mound, rather than behind the catcher per usual, to reduce crowdedness behind home plate during at-bats. There are currently no guidelines pertaining to the closeness of the batter and catcher.

Each team will also have a designated “COVID coach” responsible for ensuring that protocols are followed. Kristin Lochhead, who is planning to coach her son’s t-ball team this season along with her husband, said that she plans to recruit other team parents to enforce COVID safety precautions.

“I think that parents will be more than willing to step up and help be the safety police, so that my husband and I can focus on the baseball piece,” she said. “I think it’s gonna work, it’s just gonna take a little bit more people and a little bit more mindfulness than in the past.”

Lochhead’s two oldest children have continued to play travel baseball and softball all summer, taking similar precautions to GFLL, and their leagues had no incidents involving COVID-19. “That’s given us a lot of comfort that Little League can do it, too,” she said, which has made the decision for her family to return to play a “no-brainer.”

Mike Byrd, a coach and parent of two players in the league, told The Connection that the feeling of community within GFLL will motivate its community members to abide by the guidelines out of mutual regard for each others’ well-being.

“We are all neighbors and friends. All the kids I coach, I know them, and I know their mothers and fathers. We’re genuinely a community,” he said. “It’s easier to be careful around your fellow community members, because you don’t want to get anybody sick.”

IN THE MEANTIME, though she is preparing for curveballs this season, Ryan remains cautiously optimistic for the months to come.

“We are excited to get back out on the field, we are ready, and the protocols are going to be refined as necessary,” she said. “We’re not going to stop paying attention to what's going on in the local area, and any guidance that comes forward from expert-level organizations.”