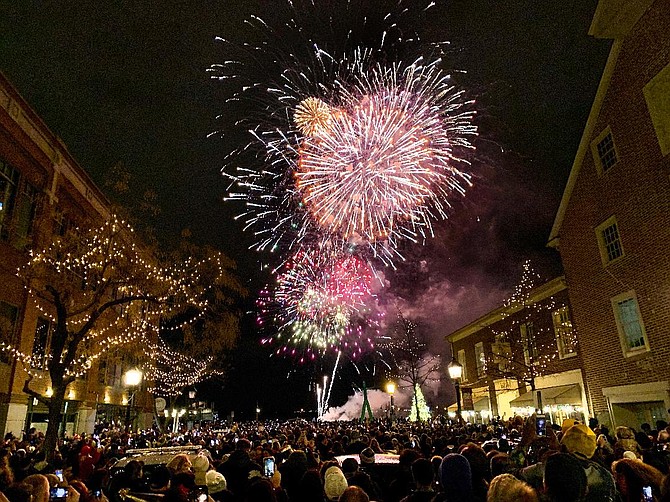 Fireworks light up the sky over the Potomac River to usher in 2020 in the finale of the 25th anniversary celebration of First Night Alexandria. Photo by C.J. Heatley III

Thousands of revelers descended on Alexandria to ring in the New Year as a midnight fireworks display ushered in 2020 to conclude the 25th anniversary celebration of First Night Alexandria.

More than 100 performances took place at 20 venues, with live music and dancing along what First Night executive director Marilyn Patterson has dubbed the city’s “Melodious Mile” – King Street from the river to the George Washington National Masonic Memorial.

Patterson, in her second year as executive director of the First Night festivities, last year implemented new events such as the Kids Karnival, which again took place from 6-9 p.m. at three recreation centers across the city: William Ramsey, Charles Houston and Mount Vernon.