Viewpoints: Virginia Legislators Reflect on the First Days of the 2020 Session
Votes

Viewpoints: Virginia Legislators Reflect on the First Days of the 2020 Session 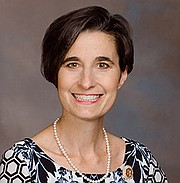 Sen. Jennifer Boysko (D-33): My top priority is recovering the local funding for our regional transportation.

Today (*Monday - Jan. 13), I cast my first votes on the Senate Judiciary Committee and was able to vote for four life-saving bills to prevent gun violence: universal background checks, giving municipalities local control about allowing firearms in government buildings, a red flag law and restricting gun purchases to one gun a month. Last week I cast my first vote on the Senate Privilege and Elections Committee to make Virginia the 38th state to Ratify the ERA. 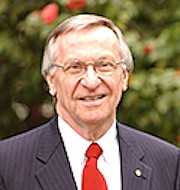 Del. Ken Plum (D-36) According to Del. Plum, the most significant pieces of legislation filed involve background checks for gun purchasers; expanding hate crimes to include LGBTQ+ people; raising the minimum wage; setting up a nonpartisan, independent redistricting process; and expanding environmental protections. He said the most meaningful happenings were the “wonderful diversity in the membership of House; selection of first woman speaker; and adoption of "her" rather than "his" as the pronouns in the rules of the House.”

Del. Ibraheem Samirah (D-86) introduced HB 152 Middle housing allowed on lots zoned for single-family use. “Middle housing is defined as two-family residential units, including duplexes, townhouses, cottages, and any similar structure. Such structures shall not require a special use permit or be subjected to any other local requirements beyond those imposed upon other authorized residential uses.” Samirah said, "Across the country, there is a shortage of affordable units that is putting a squeeze on working families and contributing to rises in rents for existing units...I will certainly get pushback for this" 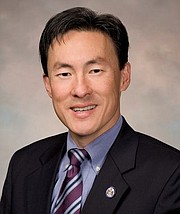 Del. Mark Keam (D-35) HB 572 Distributed renewable energy; promotes the establishment thereof. Del. Keam said, "This bill would free up the solar market, not only for local governments... but also for residents, businesses, schools, institutions and non-profits that want to install solar for their own use... (It would) remove the rule that limits customers to installing only as big an array as would have served their needs in the past year… Today, residential customers are penalized with so-called “standby charges” if they install more than 10 kilowatts of solar (enough for a larger home, or a modest home with electric vehicles… Many Virginians do not have access to solar at all, especially if they live in rental apartments or condominiums, because the building owners are not allowed to install solar panels and sell the output to tenants. My bill would make this legal." 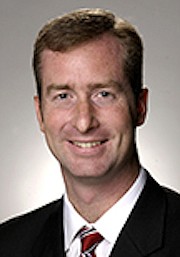 Del. David Bulova (D-37) introduced HB 1012 Early childhood care and education; establishment of system, licensure. "A child's earliest experiences - and particularly those in the critical years between birth and age five - have lifelong impacts on their likelihood of success. However, according to statistics from the Virginia Department of Education, 40 percent of students entering kindergarten lack the key literacy, math and social emotional skills that predict success. Further, only 25 percent of Virginia's early childhood programs that receive public funding participate in the state's voluntary quality measurement system. I am pleased to be carrying House Bill 1012 on behalf of the Governor, which directs the Board of Education to consolidate and simplify Virginia's early childhood education programs and create a uniform quality rating system for programs that accept public funding. This will improve quality, foster continuous improvement, and help parents better understand their options. As the parent of three children, this is very important to me. I have personally witnessed the difference that a quality pre-school program has made on my children."