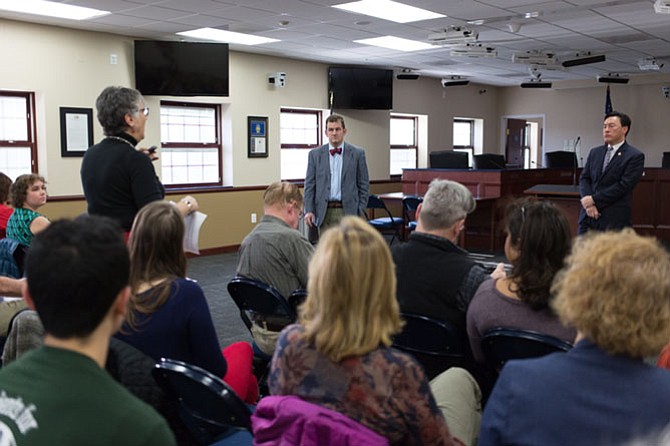 Bill Barfield, of Braddock, a mathematician and chair of Fairfax County Federation of Citizens Associations, asked a question at the Town Hall meeting Saturday in Vienna.

The biggest local concern expressed was over a boarding house in Vienna which is sponsored by the Virginia Department of Behavioral Health and Developmental Services or DBHDS. The existing house boards up to four people who are recovering addicts and is under dispute by its neighbors.

“We object to the licensure, it’s not that we don’t want recovering addicts in our neighborhood,” said John O’Keefe, a Vienna resident and next door neighbor.

“State law prevents neighborhoods from preventing group homes. The number of vehicles could be too many, or the number of unrelated people,” said Petersen.

Redistricting, another local issue discussed at length at the meeting, creates voting districts based on residents’ political affiliations.

Petersen said that districting lines were being corrupted by the computers that drew them. Keam went with a bigger picture approach, saying that it is the end result that matters most with voting.

“The bottom line is that voters need to feel motivated to get involved. It doesn’t matter the district; it’s about being part of the process that we call democracy,” said Keam.

Statewide issues in Virginia like Medicaid and the retirement age were also discussed.

“I am completely open to looking at the retirement age. I do believe that people are going to be living longer and longer,” said Keam.

“I am troubled that this bill was even introduced,” said Keam. “You have to have a law that makes sense. We went inside the church where nine people were shot in Charleston, S.C. If it comes up I will vote against it,” he said.

Petersen agreed in terms of sensible gun control legislation in the Virginia senate. “We’ve had concealed carry since 1994. Should we allow guns in churches? You can’t carry a gun into a church under state law. That bill will get vetoed,” said Petersen.

What was the single most important issue for you in the Vienna Town Hall Meeting Saturday? 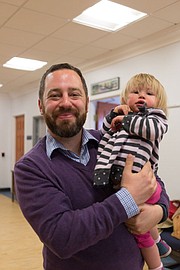 David Broder, a Vienna resident for two years and a local union president, with his daughter Avery, 1-and-a-half: “The most important issue to me is Medicaid expansion. My wife was diagnosed with breast cancer and we are lucky to have such good insurance — 400,000 Virginians don’t have that access to the same care that we do. We really are lucky. It’s the biggest issue that they can do this year.” 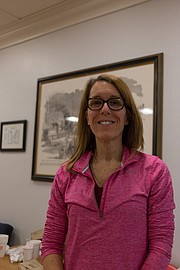 Bets Thomas, elementary school teacher at Flint Hill, and a Vienna resident since 1994: “I came to know more about what’s going on in our state’s legislature. I am happy about the redistricting and to hear about energy. I’m happy to hear talk about class sizes too because I am a teacher.” 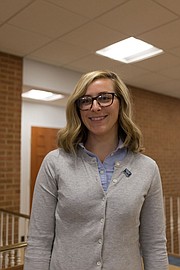 Sarah McCann, a Vienna resident for five years and a volunteer district leader with the Humane Society of America: “Since I’m new, I wanted to meet the representatives at the state level. But I’m a huge advocate of gun safety and it was great to hear from groups like Moms Demand Action, and advocating for clean energy.” 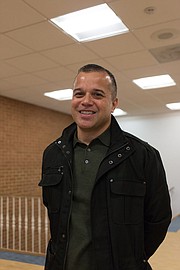 Charles Sicard, a Vienna resident for five years and stay-at-home dad: “Our issue was with energy and Dominion Electric. For three years I wanted to have solar panels put into my new home. But Dominion has a 10 kilowatt limit and you have to pay a penalty for using more. I never thought that my home would reach the limit that easily but it did. I was surprised to hear that the production limit wasn’t more. I wanted to get off the grid. But now it’s not feasible. We use about 17 kilowatts.” 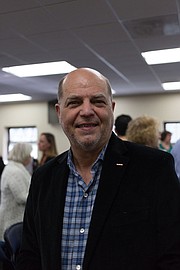 Bill Barfield, a Braddock resident, mathematician and chair of Fairfax County Federation of Citizens Associations: “Three issues were the most significant for me: Medicaid, redistricting, and education. These issues are all part of my legislative package that our organization put forth. Dominion power legislation coincided with some of our issues that we were already talking about.”