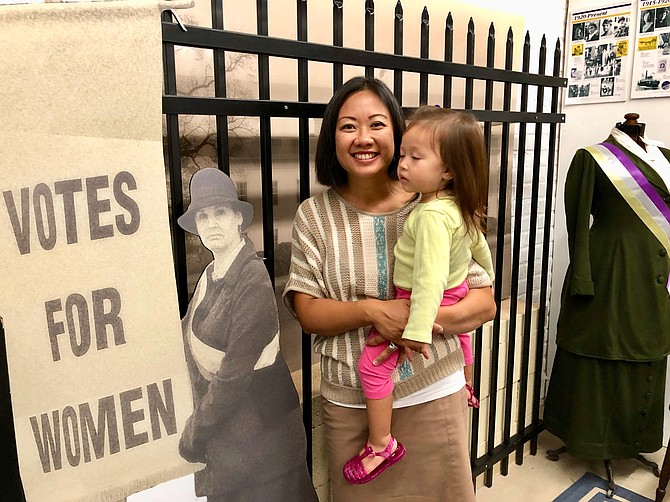 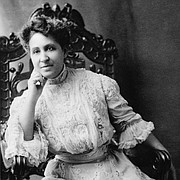 Suffragist Mary Church Terrell, a national figure in civil rights, to be honored with a memorial statue.

Last month, the National Park Service (NPS) announced the planned loan of a historic section of iron fence, once used to protect the White House, to memorialize the first group of protestors to stand before it. The fence, in service from 1913 through 2019, was the backdrop for suffragists who stood as “silent sentinels” in front of the White House to call attention to their cause in 1917. Those protests eventually led to guaranteeing women’s right to vote with passage of the 19th Amendment to the U.S. Constitution.

In current times, when existing monuments to past historic figures are under scrutiny, it’s significant to note the Turning Point Suffragist’s Monument, planned for Lorton, is the first monument to recognize the racially diverse group of women, who worked together for the common cause of voting rights. Indeed, their “firsts” are many. Not only were suffragists the first to conceive the idea of standing protests before the White House, as opposed to parades; the monument in their honor is the first and only national monument to women suffragists, and the first, and possibly will be the only, organization to receive a section of the historic White House fence. Ironic too, that the monument will be located in a park that includes the grounds of the former prison where they were held and received bad treatment, including beating and force feeding for exercising their right to peaceful protest and demonstration.

Patrica Wirth, Director and CEO, Turning Point Suffragists Memorial Association, comments that getting the historic artifact “is a big deal.” The Secretary of the Interior exacts strict standards for the care, protection, and regular inspection of such important pieces of history. The fence section, which will be set in concrete and under 24/7 video surveillance, is considered “on loan” to the NOVA Regional Parks, as custodian of the Turning Point Monument. Restoration of the piece has been completed and the artifact is being held by the NPS until the memorial site is ready to receive it for direct placement in the memorial.

MONUMENT CONSTRUCTION has suffered delays, and funding setbacks brought on by the Covid-19 impact to local and State government budgets, as reported by Connection, April 29, 2020. The Memorial Association, once fully funded in early March, has had to significantly scale back design and opening celebration plans in response to loss of pledged funding. Plans for a grand centennial opening on the Aug. 26 anniversary of 19th Amendment passage have been foregone in favor of a likely 2021 opening and declaration of August 26, 2020 to 2021 as a “centennial year” of suffrage celebration. As part of that recognition, the Women’s Suffrage Centennial Commission, formed to coordinate the nationwide recognition of the centennial, is expected to release two short videos marking the centennial and the Memorial construction.

Through the Monument’s funding difficulties, one donor group of note has remained steadfast: Delta Sigma Theta. The national sorority, founded by African-American women in 1913, included 22 women who marched for suffrage in March 1913. In accordance with the times, they were relegated to the back of the parade; the only African-American group to participate. The sorority began their activism with that suffrage and ironically, they are at the forefront of groups contributing to the cause now, a hundred years later. The national sorority has given more than $100,000 in support of the memorial. Their honorary member, Mary Church Terrell, a leading suffrage spokesperson and civil rights activist, will be one of the suffragists memorialized by a statue in the Turning Point Memorial’s 19 stations.

WHAT ARE THE PROSPECTS for renewed government funding for the memorial following Covid budgetary adjustments? Budget funding sponsor, state Sen. Adam Ebbin (D-30) says, “We first have to have an accurate forecast of expected revenues.” He mentioned competing priorities for available taxpayer revenues suggested by the Governor, including pre-K initiatives and free Community College for critical skills, for example. Del. Kathy Tran (D-42), the Memorial’s House funding champion, also recognizes the need to be realistic about what will be possible given the number of worthy programs and the need to carefully weigh spending decisions during this period of Virginia’s revenue loss. However, she indicates the memorial has a lot of support and she will continue to push for funding it, describing it as “incredibly important to recognize 100 years of women’s right to vote. Its passage [19th Amendment] stands as the largest expansion of democracy of that time.”

Those with interest in supporting the national memorial can find more information at https://suffragistmemorial.org/.