TLC for Trees at Trinity Presbyterian Church in Arlington
Votes

TLC for Trees at Trinity Presbyterian Church in Arlington

Parishioners and Tree Stewards pair up to save tall, handsome neighbors. 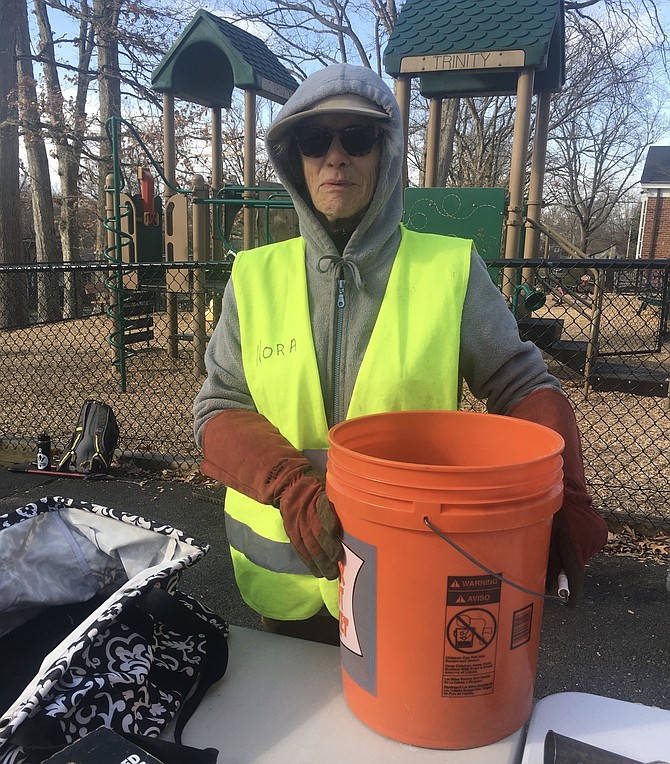 Nora Palmatier – who is present at almost every tree steward event – helped yank ivy, handed out vests and tools, encouraged the group, and applauded the idea of blowing a bugle when the tree is completed, a novel idea she might start using with all her ivy removal projects. Photo by Eden Brown. 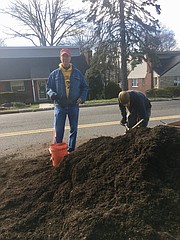 Jim St. Pierre and Geoff Townsend dig into the immense mulch pile. By the end of the day, the pile was gone, and the trees were clean and cared for. 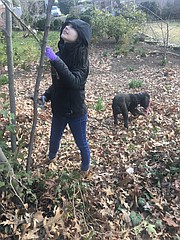 Jenny Johns, a tree steward for the past year, tackles ivy while another “tree steward” named “Juno” helps out nearby.

It’s not often Arlingtonians get to save a tall, handsome neighbor from a slow and agonizing death. But that is what about 20 parishioners of the Trinity Presbyterian Church on North 16th Street, along with Tree Stewards and Master Gardeners, did on Saturday. Their neighbors were the trees in the church’s grounds – many of them choking to death from an English Ivy infestation.

The effort at the church was spearheaded by Diane Allard and Romana Campos. Trinity recently signed on to become an "Earth Care Congregation."

“It's basically a commitment to use the resources we have wisely and take good care of what we have,” said Allard. “We have a number of members who are committed to the environment in professional and other ways.”

The ivy clean-up and mulching took two shifts of workers – with food and coffee in between – on what turned out to be one of the coldest days of the winter. “I like it cold like this,” said a relatively new tree steward, Jenny Johns. “It’s better than working in the heat of the summer.” Johns said she became a tree steward because she doesn’t have a yard, but loves nature, and this gives her a chance to work in a garden and give something back to the environment.

“This project is typical of our church,” said St. Pierre. “We do positive things through projects like this and get involved in the community; it’s what I like about Trinity.”

For more information about tree stewards or Trinity Church, see: www.treestewards.org and http://www.trinityarlington.org