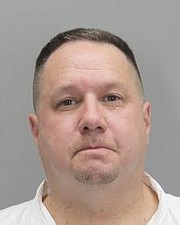 A Springfield man is facing multiple charges after a shooting in the 7700 block of Bedstraw Court Tuesday afternoon, March 3, around 4:52 p.m. When officers arrived, they found Javon Prather, 24, of Springfield, suffering from an apparent gunshot wound. Officers immediately rendered first aid until rescue personnel arrived. Prather was pronounced dead at the scene.

The suspect, identified as 52-year-old Michael Hetle, of Springfield, was taken into custody at the scene. He has been charged with second degree murder and use of a firearm in the commission of a felony. Hetle was taken to the Fairfax County Adult Detention Center, where he is being held without bond.

Detectives are continuing their investigation into the events leading up to the shooting. The Office of the Chief Medical Examiner will be conducting an autopsy to determine the cause and manner of death.

This is the second homicide year-to-date in Fairfax County.