Workplace in Lorton played a role. 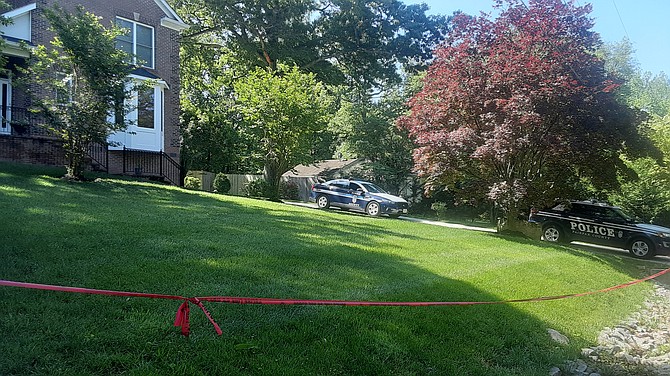 Police were on the scene at the Springfield shooting. Photo by Mike Salmon.

Detectives from the Fairfax County Police Department's Major Crimes Bureau have made two arrests in the fatal shooting that occurred on Wednesday, May 26 in the 8000 block of Flint Street in southern Springfield. At 9:20 a.m. officers responded to a reported burglary at a home. The first responding officer, who arrived within two minutes of the initial call, discovered Edward McDaniel Jr., 55, and Brenda McDaniel, 63, suffering 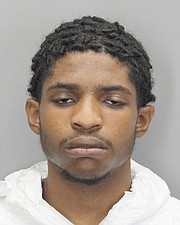 from gunshot wounds outside their home. Rescue personnel pronounced both victims deceased at the scene. The Office of the Chief Medical Examiner conducted an autopsy to determine the manner and cause of death, police said.

Detectives gathered evidence, developed suspect information and provided updates to the community. One of those updates led a community member to call in a tip to police which resulted in the arrest of D’Angelo Strand, 19, on Thursday morning. Just hours later, detectives working together with the United States Marshal Service, were able to determine the location of Ronnie Marshall, 20, and took him into custody. Both Marshall and Strand are charged with two counts of second-degree murder and two counts of the use of a firearm in commission of a felony. They are both held at the Adult Detention Center without bond, FCPD said.

At a press conference after the arrest on Thursday, Fairfax County Police Chief Kevin Davis confirmed that the suspects and a family member worked together at a place in Lorton. “The two killers and relatives of the victims were all co-workers,” Chief Davis said. Officer Ed O’Carroll, commander of the major crime and forensics department, said the tip about the vehicle location came in from the community. “The power of social media,” he said. “One of the two defendants was at the home on Monday and FCPD was conducting a burglary investigation from that,” O’Carroll said.

Detectives continue to piece together evidence as they work to determine what led to this shooting. Several cartridge cases were discovered at

the scene and other evidence is being processed. The Office of the Chief Medical Examiner will conduct an autopsy to determine the manner and cause of death. “The case is not closed,” said O’Carroll.

This is being investigated as the 9th and 10th homicide year to date in Fairfax County. On April 25 this year, there was another shooting at a house a few blocks away from this house on Flint Street.

Victim specialists from Major Crimes Bureau’s Victim Services Division have been assigned to ensure that the victim’s family is receiving appropriate resources and assistance.