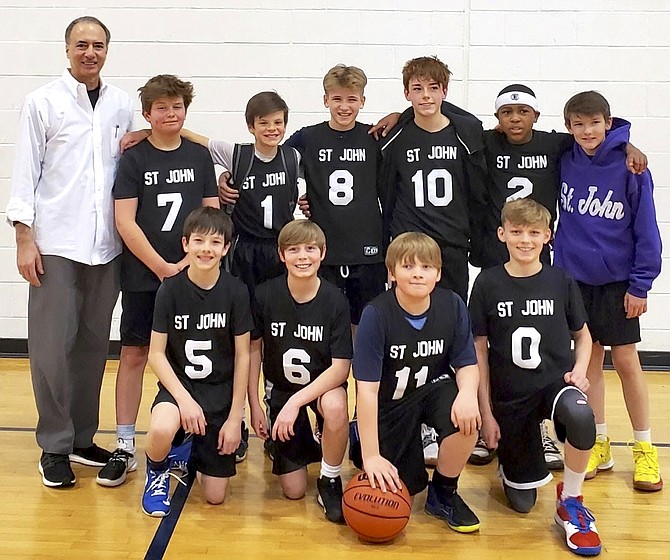 The sixth grade boys team from St. John Catholic Church in Mclean won the CYO Boys Basketball Championship for the second year in a row. They won the fifth grade title last year. They played a very strong team from St. Mark in Vienna in the title game, winning 39 to 30.

Logan Baldrate led all scorers. Charlie Lanin and Malcolm Andrews controlled the backcourt and contributed on almost every play on both ends of the court. Ryan Mansinne vacuumed up rebounds the whole game and Christian McNeill made key plays throughout.

Logan said, “St. Mark played a very good game. They beat us earlier in the season but our guys pulled together to win the championship game.”