Saying the vote counts is an understatement. 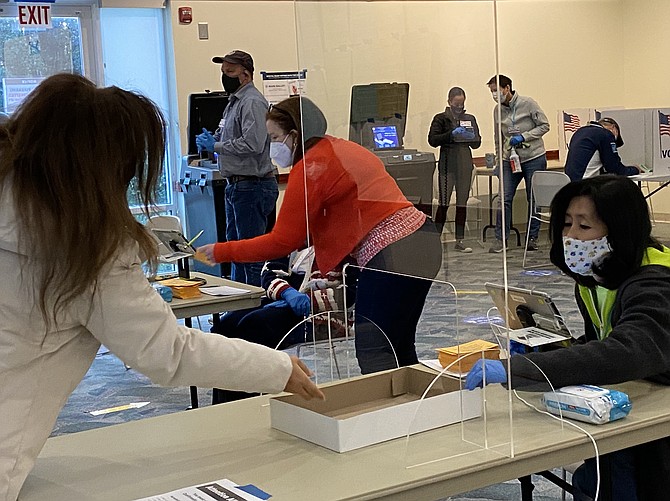 Election Day 2020 will go down in history. It may take a few days or weeks to count ballots, and what happens today, tomorrow and on Inauguration Day cannot be predicted. What is known is that COVID-19 affected nearly every aspect of the election, from how the candidates campaigned to how voters cast their ballots. On Nov. 2, the day before the election, national Covid cases soared to 100,000 cases a day. The Virginia Department of Health reported 1026 new cases in the Commonwealth, with increasing cases for 14 days and increased percent positivity for 21 days.

In a rundown of the 2020 General Election in Fairfax County, early voting ended on Saturday, Oct. 31. The County saw a record-breaking number of early votes cast. Long lines with lengthy waits became the norm at the County’s early election sites such as the Herndon Fortnightly Library, North County Governmental Center in Reston and the Great Falls Library.

According to Brian Worthy, Fairfax County Office of Public Affairs, there are 787,214 registered voters in Fairfax County. On Sunday, Nov. 1, the day after early voting ended, Worthy said that Fairfax County totaled more than 399,600 ballots cast in person when the polls closed Saturday. These are unofficial numbers and the final official vote total ultimately reported to the state may be different. Gary Scott, Fairfax County General Registrar and Director of Elections said the early votes cast amounted "to about 58 percent of what they thought the total turnout would be for this election.” He added, “But we're still expecting to see at least 200,000 people cast their ballots on Nov. 3."

Well before dawn on Election Day 2020, Tuesday, Nov. 3., voters lined up at polling places across the County, including those in the local area. Tom Cranmer, a Fairfax County election officer at the Dranesville District of Fairfax County, Precinct 328 Hickory, Great Falls Library, 9830 Georgetown Pike said that as of 7 a.m., an hour after the polling place opened, they had checked-in 100 voters. “A lot of people freezing outside.”

Elizabeth Schreffler, Chief Election Officer from Precinct 222 Reston #3, Reston Community Center – Lake Anne said there were 30 people in line when the polls opened. “I anticipate it will be pretty slow.” At 9 a.m. Schreffler said, “We had 216 voter check-ins so far.” At 10 a.m. Schreffler reported a total of 270 voter check-ins.

“What do you hope this election changes?” 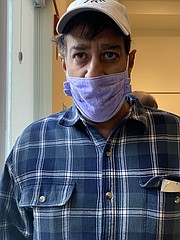 “I hope this changes the balance.” – Raj Patel of Great Falls, HITT Contracting 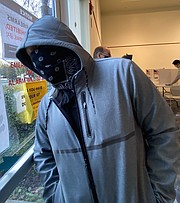 “The divide in the country. I hope they find a way to settle it. We all live together at the end of the day.” – Johnny Morgan, of Great Falls, 20-years construction 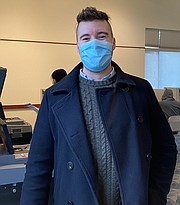 “I hope it changes the outlook of the country. It is a very depressing time at the moment.” – Patrick Dahiroc of Great Falls, Software Development