State of the Potomac River
Votes

State of the Potomac River 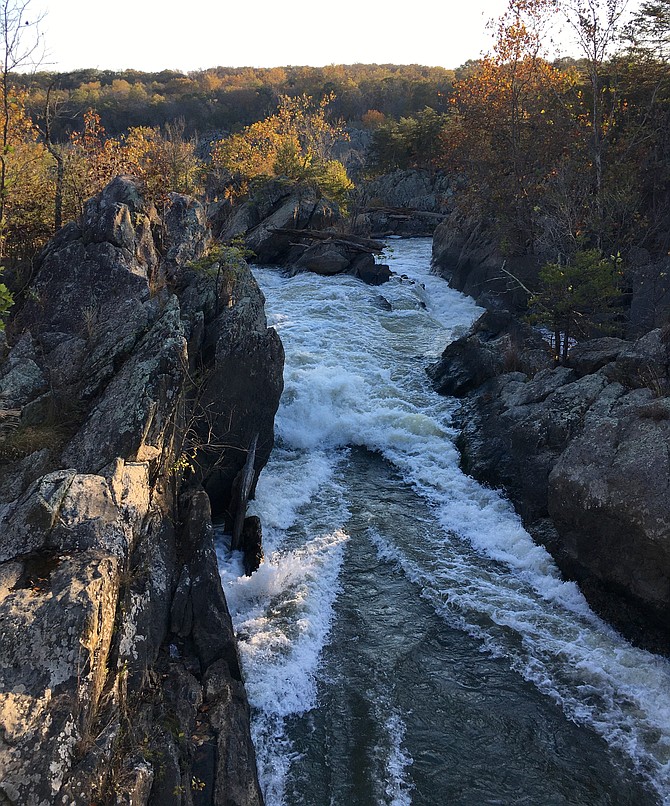 A chute of the Potomac River near Great Falls. The Potomac River is the source of drinking water for more than 6 million people in the metropolitan area. Photo by Peggy McEwan

For the first time in a decade, the health of the “Nation’s River,” our own Potomac, has declined.

The most recent Potomac Report Card was published Oct. 20 by the Potomac Conservancy, which works to keep pollution out of the river and local streams. Always aiming for an “A”, the Conservancy had to accept a “B-minus“ this year, down from a solid “B” in 2018.

The report is issued biennially and the latest tracks data from 2018-2019 according to Potomac Conservancy president Hedrick Belin.

“Our goal is achieving a fishable, swimmable river, a river where people can do recreational activities, a river that doesn’t have pollution,” Belin said.

The river earned an “abysmal” D just ten years ago, according to the report.

Belin pointed out some newer challenges the river faces, specifically from climate change.

“We are seeing storms that are much more intense,” he said. “When it rains,” he said, “there is run-off.”

“Polluted stormwater runoff from urban and suburban areas continues to climb and is the fastest growing source of pollution to the Potomac River,” according to the report.

Some other threats to the river’s health mentioned in the report are:

The report card assesses data on five significant river health indicators: pollution, fish, habitat, land, and people, to come up with a final grade, according to the Potomac Conservancy website.

“We need to turn to nature-based solutions, trees are very important,” Belin said. “The more green on the ground, the more the land can absorb [runoff].”

Potomac’s lower density zoning is designed to protect the water quality in the Potomac River.

“Watts Branch, Muddy Branch, and Great Seneca Creek [all in the Potomac planning area] drain into the Potomac River at points upstream of raw water in-takes of the filtration plants that supply suburban Maryland and the District of Columbia with drinking water, leaving little time, especially during low flows, for aquatic systems to assimilate and mitigate effects of urban development,” says the Potomac Master Plan. “For this reason, protecting water quality in the Subregion is of the highest priority.”

Though Belin agrees that the current administration has not been good for rivers across the country, he is encouraged by America’s Conservation Enhancement Act passed in October with bipartisan support in Congress and signed by the president.

The Potomac River will benefit from this funding as it is the second largest source of freshwater flow into the Bay, Belin said.

The Potomac Conservancy was founded in 1993. “It is the only independent nonprofit that focuses exclusively on the Potomac River,” according to its website: https://potomac.org/.