A detailed look at the history of River Farm as its future remains uncertain. 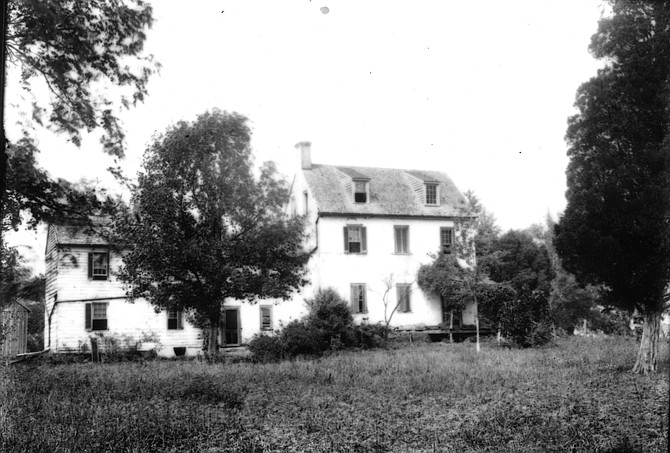 Wellington, photographed by J. Harry Shannon, 1908. Courtesy of the Stuntz Family and the FCPL’s Virginia Room 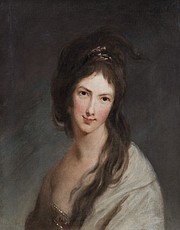 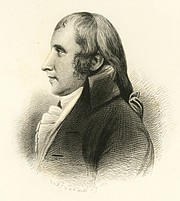 Frances Bassett, known as Fanny, was the daughter of Martha’s sister Anna Maria Dandridge, who passed away in 1777 when Fanny was only 10 years old. Martha had an almost maternal relationship toward Fanny, who came to live permanently at Mount Vernon in the mid-1780s. It appears that Martha wrote more letters to Fanny than to anyone else in her lifetime. Washington wrote in his diary on the couple’s wedding day, “After the candles were lighted George Auge. Washington and Frances Bassett were married by Mr. Grayson.” Grayson was the Reverend at Pohick Church.

The young couple continued to live at Mount Vernon with George Augustine (often referred to as “the Major”) working as the farm manager. Around the couple’s one-year anniversary, Washington wrote George Augustine a letter revealing his intent, upon his death, to give them 2,000-3,000 acres of his River Farm property. He provided assurances that he expected to die without issue. Therefore, the couple could feel comfortable building on the land whenever it suited them — an offer they later acted upon. In the meantime, Washington’s need for their presence would only increase as he took leadership of the new nation. Washington appointed the Major as power of attorney when he left for New York in the Spring of 1789 to serve as the first President. Fanny served as hostess in Martha’s stead, entertaining many visitors to Mount Vernon. During this period, they had three children: George Fayette, Charles Augustine and Anna Maria.

Mindful that “having so many children about the house” might be disagreeable to his uncle, George Augustine began construction on his new house situated on River Farm. Sadly, his health was failing and as 1792 reached its end, it was clear he would not survive much longer. The Major attempted to improve his situation through rest and travel. He tasked Anthony Whiting, now the farm manager at Mount Vernon to supervise construction of the home. Whiting and George Washington discussed in their frequent correspondence how best to proceed regarding the house given the Major’s grave illness. Washington woefully advised, “I think you had better not (until further orders) procure any more scantling; especially such as must be cut to waste.” Sadly, Washington’s fears were realized, and George Augustine passed away on February 5, 1793 in Philadelphia. Fanny Washington requested a pause in the building of their home for the time being.

Within months, tragedy would strike another member of the Washington household. In July, yellow fever took Mary “Polly” Lear. She left behind her son Benjamin and her husband, Tobias Lear, who had been employed for 6 years as Washington’s secretary and tutor to Martha’s children. As the President served his second term, Fanny and Tobias, who had always been fond of each other’s families, grew closer. They wed in August 1795. As a wedding present, George and Martha Washington gave them a life interest in 360 acres on River Farm. The Lears and their respective children lived in the house that had been started by George Augustine. They called their home Walnut Tree Farm.

Sadly, the marriage lasted only 7 months. Fanny died of tuberculosis on March 25, 1796. A bereft Lear wrote to Washington with the bad news, “The Partner of my life is no more!” Tobias rejoined the household at Mount Vernon and was famously present at George Washington’s deathbed in December 1799. As promised, George Washington remembered George Augustine and Fanny’s family in his will. He bequeathed his River Farm estate to their sons (Tobias Lear’s step-sons), George Fayette Washington and Charles Augustine Washington.

Washington explained in his will, “In consideration of the consanguinity between them and my wife, being as nearly related to her as to myself, as on account of the affection I had for, and the obligation I was under to, their father when living, who from his youth had attached himself to my person, and followed my fortunes through the vicissitudes of the late Revolution — afterwards devoting his time to the Superintendence of my private concerns for many years, whilst my public employments rendered it impracticable for me to do it myself.”

George Fayette Washington outlived his siblings. He married and had 3 children. They lived for some time on the Walnut Tree Farm property, eventually passing it to their son, Charles Augustine. As early as 1815, George Fayette was using a new name for the property, one that has lasted more than a century: Wellington.

Tammy Mannarino is a local historian in Fairfax County, Virginia, founder and author of BackyardMountVenon.com, a website devoted to capturing the stories of people and events in Mount Vernon area history.