The Sound of Silence in Alexandria
Votes

The Sound of Silence in Alexandria 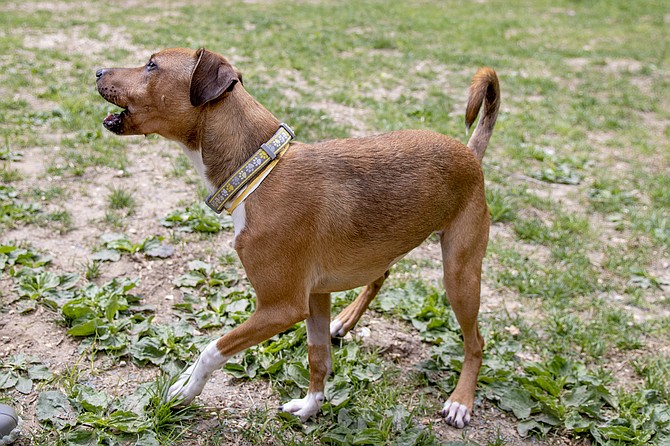 For many years, when Alexandria residents inquired about a loud dog in their neighborhood, their first question was “Isn’t there a law against it?”

Until July 6, 2021, Alexandria ordinance section 5-7-42 declared it unlawful for a person to keep a dog who would “bark or howl to such an extent as to annoy any resident.” The Animal Services division of the Animal Welfare League of Alexandria (AWLA) would work to assist residents who had complaints about dog noise, but with such little clarity about what types of noises were “annoying,” their role focused more on education and amelioration.

AWLA’s Chief of Animal Services Tony Rankin recalled, “The language from the previous ordinance was so vague that it really became unfair to owners. That is why it was ultimately deemed unconstitutional, and the City of Alexandria decided to update it.”

But this lack of specificity also failed to address larger problems. Dogs might bark for a variety of reasons, including boredom, but sometimes barking is an indicator of a larger issue. Animals who were outside in inclement weather might be barking to be let back indoors. Dogs might bark because they sense an intruder on their property or because someone inside the home needs assistance. And certainly, they might also bark because they see a particularly stealthy squirrel sneaking through their yard.

The Animal Services team would try to gather as much information as possible: the time of day a dog was barking, the length of time of that barking and if the reporter knows the circumstances of the barking. They could take that information to the residence and try to talk to the pet owners to address the situation.

“Most of the pet owners we spoke to were receptive to the advice we would give to help lessen the noise,” said Rankin. “They thought we were there because they were in trouble, but our goal was to be professional, polite and to provide suggestions that might help.”

An amendment to this ordinance, passed earlier this month, provides greater detail to what is considered “annoyance barking,” defining windows of time and length of noise periods that might be considered excessive, as well as circumstances in which those guidelines might not apply. The full language of this ordinance and additional information can be found at https://alexandriaanimals.org/dog-noise-in-our-community/. This amended language was the result of years-long efforts by the Alexandria City Attorney’s Office, working closely with the AWLA’s Animal Services team, the Alexandria Police Department and members of a Noise Ordinance Review Committee to ensure the amendment provided a greater level of detail to help officers respond to requests from the community. The new language also features provisions when dog noise is allowed, including if a dog is experiencing pain or injury, protecting itself or property or is an on-duty police dog.

“While our primary focus will still be to provide all parties with information and resources to best address barking situations, this new amendment will give us more detail to observe and enforce infractions throughout the city,” said Rankin.

AWLA Executive Director Stella Hanly concurs. “The focus of the AWLA is to help the animals and the people of our community. This amendment means we can better support residents who have concerns about dogs in their neighborhood, but we also have the capability to help those pet owners respond to complaints and ensure those dogs are receiving the attention they deserve.”