Jingle on the Lake Returns to Reston
Votes

Jingle on the Lake Returns to Reston 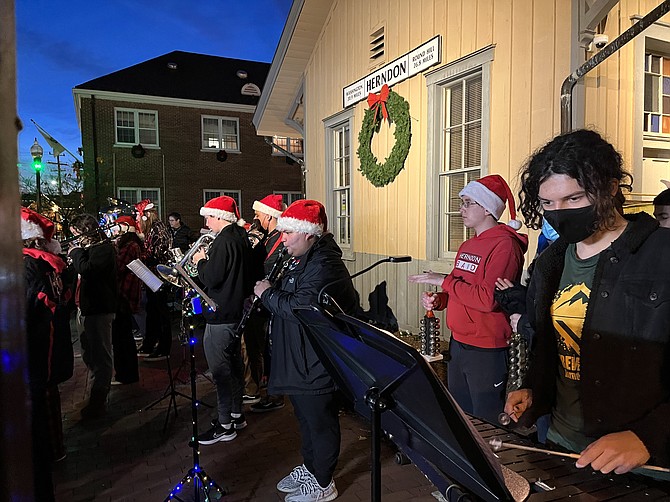 Santa at the Lake Reston festivities

Hundreds of people attended the 50th anniversary of Jingle on the Lake on Saturday, 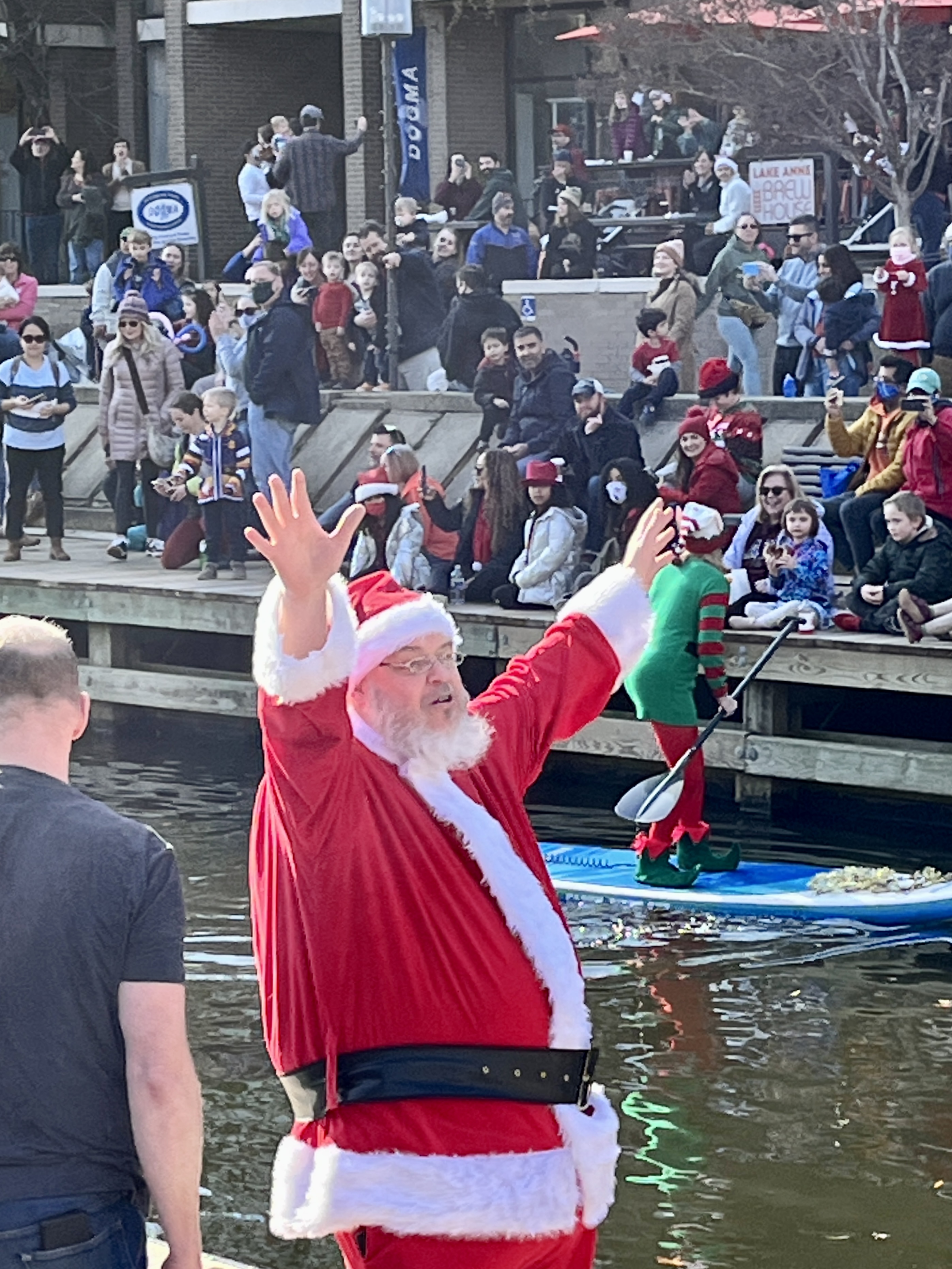 Santa's pontoon arrives at Lake Anne dock, and he disembarks to meet the children he knows so well.
December 4, which was held on Washington Plaza at Lake Anne in Reston and featured a special appearance by Santa Claus. Crafts, vendors, and music were among the other activities available to families as they awaited the arrival of the man in red by pontoon boat at noon.

Santa and his elves had been looking forward to this one-day trip to Reston for quite some time, as they needed a break from the -34°F temperatures at the North Pole in Alaska, USA. Families spotted Santa and his elves making their way across Lake Anne from afar and began clapping and cheering. After disembarking, Santa walked through the throngs of children, giving fist bumps here and there and receiving unexpected quarter-back blocking hugs from children who slipped through the crowds.

Santa eventually took a seat on the bench next to Bob Simon's bronze statue and under the Wish Fence, where children and adults had written their most cherished holiday desires. A line formed quickly and stretched to the parking lot, filled with children and adults eager to tell Santa their most heartfelt holiday wishes. No one appeared to mind the wait, and everyone seemed pleased that Santa could visit Lake Anne this year. 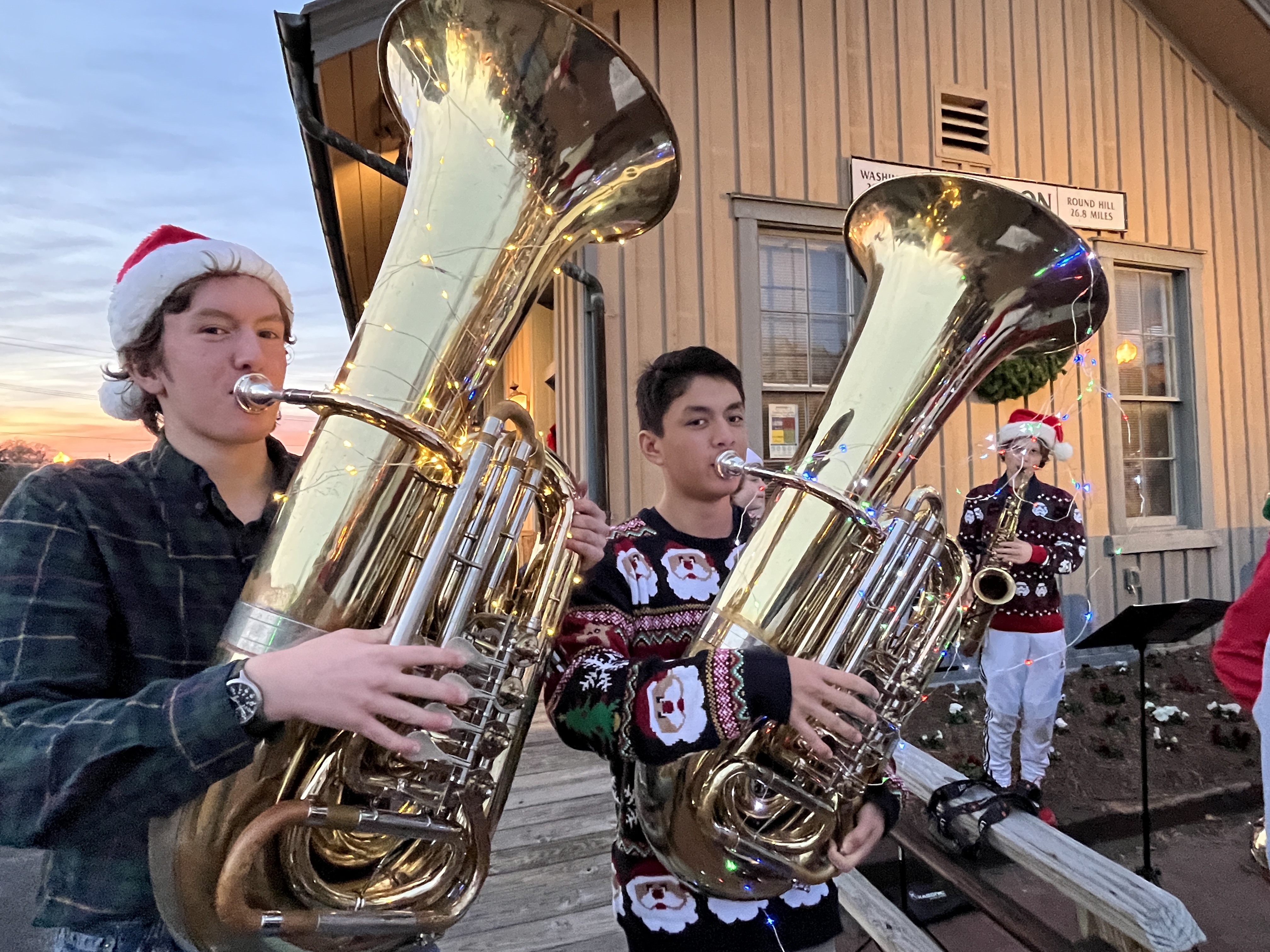