Parade on Albemarle Street in Arlington is All About Kids...
Votes

Parade on Albemarle Street in Arlington is All About Kids...

...and the memories of a small town Fourth of July 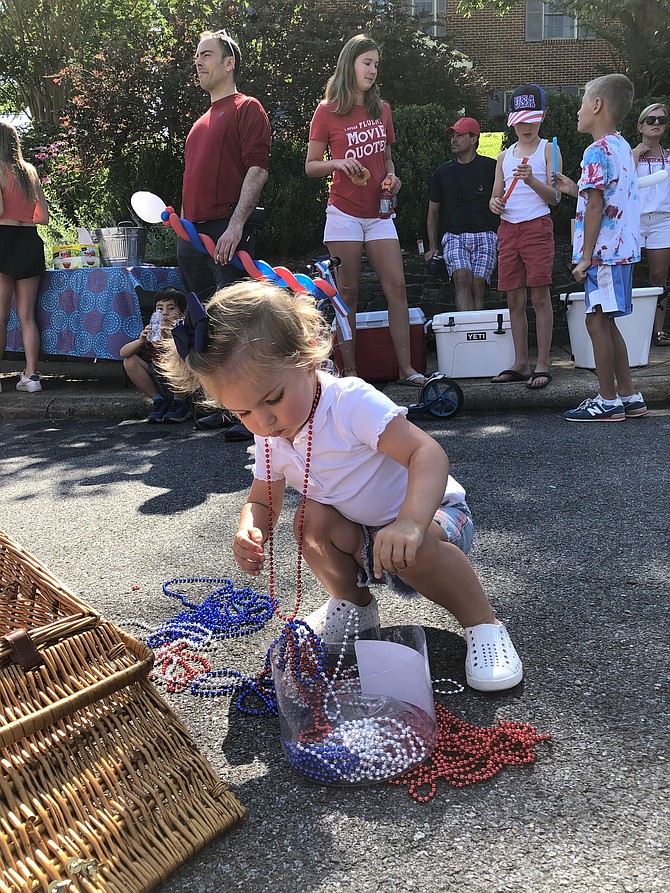 Elle Ferguson, 20 months old, had a job to do as the older people around her caught up with each other: removing and replacing beaded necklaces. Photo by Eden Brown. 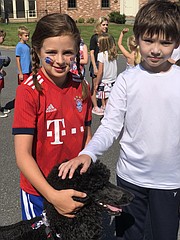 Darby Henman and Nick Cassels, aged 9, wait in line for their balloon souvenirs and enjoy the company of a patriotic poodle. 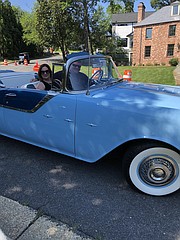 Scott and Maura Fredericks in their 1955 Pontiac.

It was 9 a.m. on North Albemarle Street in Arlington, and the engines were revving. A fire truck wasn’t able to come for the 4th of July parade, so the other drivers made do with their trikes, a toddler Porsche, and a 1955 two-tone baby blue Pontiac with whitewalls. (It was, after all, the 22207 zip code.) The kids who didn’t have wheels walked down the street, dressed in red, white, and blue, faces painted and temp-tatooed with flags and hearts, draped in beads, and extremely excited. If you blinked, the parade might be over, but the entertainment, including the balloon man, Paul Belanger, was waiting on the street corner, as neighbors caught up with neighbors. The snacks were ready, heavy on the sweets, with frosted donuts, iced brownies, and red, white, and blue cupcakes, next to tropical punch Gatorade, set out for kids who vibrated on the energy of the block party… and the sugar. Kids stood in line for up to an hour waiting for their balloons by Belanger, who turned out to be not just any balloon design artist, hired by Dee Vinchey Entertainment to entertain the kids. He has created balloon designs for people all over the world and exhibited his work at the International balloon convention. A balloon design consultant in China, Japan, and all over Europe, he specializes in caricature balloons – he can do one of people as they wait – and musical balloons.

Childhood memories of an uncomplicated world, unabashed patriotism, and holiday joy in a small town parade were being formed.