Documentary Explores a Place Formerly Known as ‘The Pits.’
Votes

Documentary Explores a Place Formerly Known as ‘The Pits.’

Documentarian is also a reporter for the Mount Vernon Gazette. 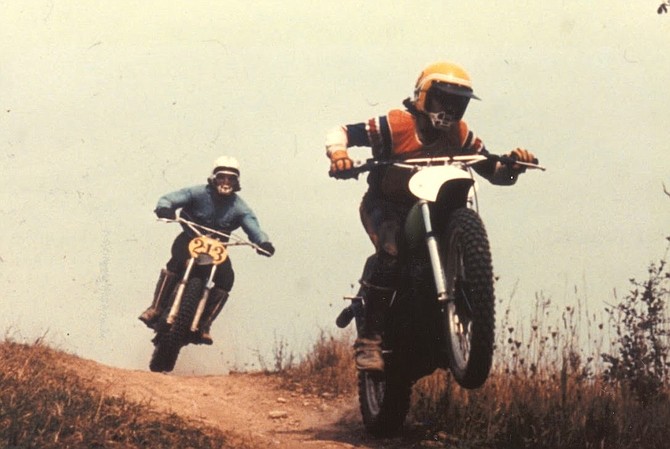 Locally made documentary explores The Gravel Pits that stretched from Hayfield to Franconia.

For me, the gravel pits behind Hayfield Secondary School started as the local fishing hole, which continued to be true into high school before other

Motocross riding was big at the Hayfield Gravel Pits in the 1970's.

things piqued my interest like BB guns, motocross bicycles, and girlfriends. In the early 1980s, life went on and jobs took over the spare time, and by the next time I looked up in the pits, it was a huge construction site for a new place called Kingstowne.

Fast forward 35 years, and Kingstowne is my go-to spot for practically everything in my life but it’s hard to picture the gravel pits anymore. Reminiscing picked up online, so I embarked on a documentary film project that taken over during the summer of 2021, entitled “The Gravel Pits: Before There was Kingstowne.”

Not sure how Ken Burns or Spike Lee does it, but getting pictures from an era before cellphones was tough, but a bit of persistence paid off. It just so happens there were one or two people that rode dirt bike motorcycles in the pits that were also amateur photographers, so slowly the story came together, starting with the dirt bike enthusiasm which was big in the 1970s and early 1980s.

I wanted to reel in that enthusiasm for my film but was soon to find out that simply emailing all the motocross riders via email or reaching out on Facebook fell short for one reason or another. It might have been easier for some to sit back and talk a good game online, but when it came to action, I listened to the crickets.

If I did get any responses, they had moved out of the area and there wasn’t the enthusiasm to do something online that could be used with the film. The plan was to finish it by Labor Day, but that was a loose deadline. I got the pictures I could off of the Facebook chatter page, and had a start.

June turned into July, and things started falling in place. I got a few leads, talked to some local motorcyclists that were willing, and went into action with my camera and microphone. Hauling around a tripod, camera and lavalier microphone conjured up memories of my communications internship in 1986, so even I reminisced.

Custom tee shirts were made for the folks that helped with the film.

I pulled together photos, video clips, copyright free music and even rode my mountain bike through the gravel pits-Kingstowne area again, to see what I could see, and reached out to see if any of the locals wanted to be interviewed.

In the meantime, I designed a tee shirt, approached a printer with credit card out, and now ten of the people involved have a shirt to prove it. Soon, others inquired about the shirts so I may get the credit card out again, worry about the bill later. So far, any money spent on this has gone out, not in, but that’s the life of a documentary filmmaker these days.

Click here to see "The Gravel Pits: Before there was Kingstowne"