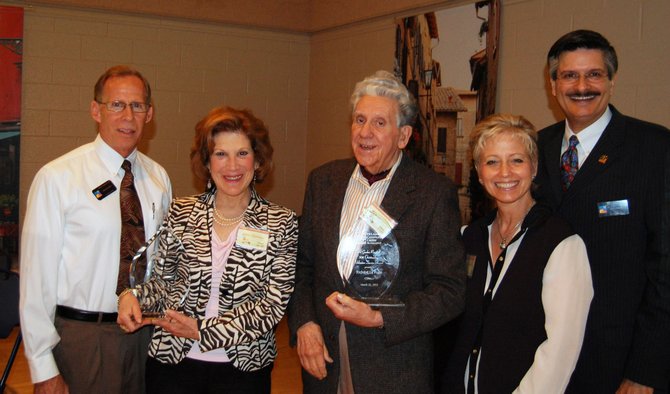 The McLean Community Center’s (MCC) 8th Annual Volunteer Appreciation Reception was held on Sunday, March 25, in the Community Hall. The theme was "Italy" and Center volunteers were treated to a catered lunch by Maggiano’s Little Italy Restaurant and live music by The Wayne Tympanick Trio. The Center is located at 1234 Ingleside Avenue.

Richard La Porte has been a loyal usher for the Alden Theatre for many years. Not only does he do an excellent job welcoming guests and making them feel comfortable, but he also knows all of the policies and is a model at enforcing them. So great is La Porte’s commitment to his job that he actually purchased his own flashlight, which he uses to guide patrons to their seats. He has even purchased flashlights for the Alden. La Porte regularly ushers for the Concerts at the Alden series, a free series of music concerts.

The Center is always looking for volunteers to fete. For more information on volunteer opportunities at the Center or the volunteer awards, contact the Center at 703-790-0123, TTY: 711, or visit: http://www.mcleancenter.org/contact/involved.asp.