Displacement of poor and Latino citizens to be central issue in upcoming campaign. 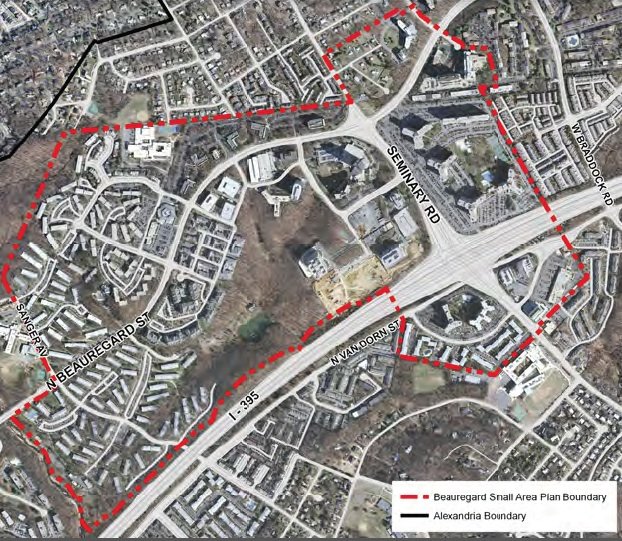 The Beauregard small-area plan boundaries include more than 200 acres. Alexandria Department of Planning and Zoning 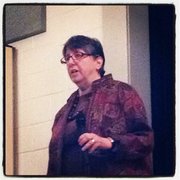 Sammie Moshenburg, 61: A native of Baltimore, Moshenburg has a bachelor's degree in humanities from Shimer College in Chicago and a master's degree in education from Loyola University in Maryland. She is currently the director of Washington operations for the National Coalition of Jewish Women. Moshenburg votes at the Cora Kelly Center precinct. 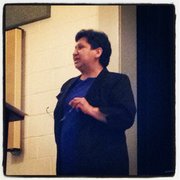 Victoria Menjivar, 53: A native of El Salvador, Menjivar came to America in 1980. She has a bachelor's degree in individualized studies and multicultural communities from George Mason University, and she is currently an administrative assistant at T.C. Williams High School. Menjivar votes at the Mount Vernon Center precinct.

With two more candidates entering the race for Alexandria City Council, the lines of combat are moving west. Victoria Menjivar and Sammie Moshenburg formally announced their candidacies Monday night at the Alexandria Democratic Committee meeting, challenging the Democratic incumbents and the other candidates on the issue of the city’s poor and Latino communities.

Menjivar and Moshenburg were both outspoken in their opposition to a redevelopment in Arlandria they said would push out existing residents. And now that City Council members are considering a massive redevelopment on the West End, Menjivar and Moshenburg both said they would vote against the small-area plan now under consideration. Several other candidates also said they disagreed with the council’s decision in Arlandria and that they are concerned elected officials might be repeating history on the West End.

“I get the sense that the city staff is there to promote the interest of developers,” said Menjivar. “And every time one of these proposals is brought before City Council, it seems like it’s already a done deal.”

“People will be displaced,” said Moshenburg. “And I don’t think the city understands how many people are going to be displaced.”

Menjivar and Moshenburg both testified against an unpopular redevelopment in Arlandria known as Mount Vernon Village Center. Council members heard hours of testimony from community members who said they had been shut out of the process and that they feared gentrification would push out low-income and Latino residents, especially as adjacent properties began to redevelop. Council members sat through hours of testimony from people opposed to the project, then voted six-to-one in favor of the project.

“The same thing is going on right now in the West End,” said Democratic candidate Arthur Peabody, who said he would have voted against the Arlandria redevelopment. “This city needs to negotiate more strenuously and more aggressively for affordable housing.”

THE ARLANDRIA DECISION left many feeling that incumbent City Council members were unconcerned about how community members felt about the redevelopment. Three of the candidates at the time issued statements on the vote, including two who have since withdrawn from the race. One who is still in the race, Democrat Sean Holihan, called attention to how the dedicated affordable housing units were calculated.

“These affordable housing units will be available for those making around $50,000 a year,” said Holihan. “Unfortunately, many residents don’t meet that definition of affordable.”

Because all of the Democratic incumbents seeking reelection voted for the Arlandria redevelopment, they will be challenged on the campaign trail about the issue — especially as planning efforts move forward with the Beauregard small-area plan. Those who voted in favor of the Arlandria redevelopment say that the city offered ample opportunities for community input, disagreeing with those who say the city failed to listen to concerns about the project.

“There’s been a lot of discussion and a lot of input,” said Councilman Paul Smedberg during the public hearing on the redevelopment, “much more than a lot of other plans over the last decade.”

THE TWIN ISSUES of Arlandria and Beauregard offer a glimpse into how candidates view the changing demographics of the city. A recent Census report showed the city is becoming older and more educated, an indication that residents are also wealthier than they used to be. That means that poor and working class residents are being edged out. But responding to that challenge in the context of land-use decisions and small-area plans can be daunting for candidates.

“No comment,” said Democratic candidate John Taylor Chapman when asked what he would do if elected.

Other candidates have a lot to say on the issue. When asked about her thoughts on Arlandria and Beauregard, Democratic candidate Allison Silberberg recounted a story about a recent work session outlining details about the controversial small-area plan. She was concerned that the issue of affordable housing appeared last on the docket, after lengthy discussions about transportation and zoning.

“It was the caboose when it should have been the lead train,” said Silberberg, who is chairwoman of the Economic Opportunities Commission. “The city needs to engage people at the outset, not have a plan on the table and then vote on it.”

DEMOCRATIC CANDIDATE Melissa Feld says she would have voted against the Arlandria redevelopment, adding that she is concerned the Beauregard proposal may be displacing poor and Latino people in Alexandria. She agreed with Silberberg that council members should have been more responsive to the outpouring of concern from people who said they felt their voices were being ignored.

“It’s caused a lot of strife in the community,” said Feld.

On the other end of the issue is Planning Commissioner Donna Fossum, who is also a Democratic candidate for City Council. She supported the Arlandria redevelopment and is a supporter of the plans in Beauregard. During a speech to the Alexandria Democratic Committee Tuesday night, Fossum said current plans for the West End are a responsible way to address the issue of affordable housing in Alexandria.

“I’ve spent much of the last month making sure we do have affordable housing in Beauregard,” said Fossum. “We’re now up to 800 dedicated units, which are the first and only dedicated units west of I-395.”