‘King and I’ at Key Middle
Votes

‘King and I’ at Key Middle 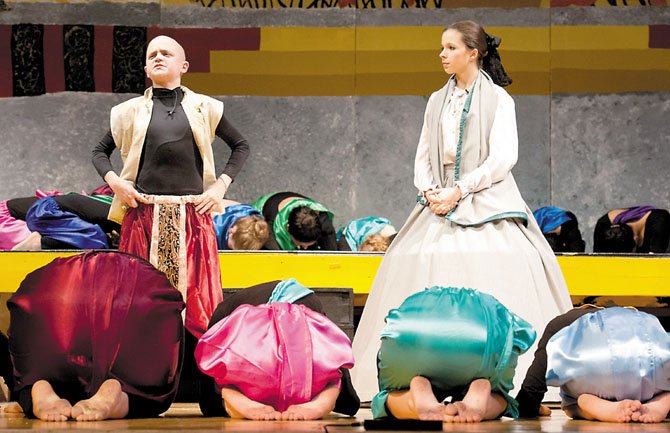 Josh Harasimowicz, playing the King of Siam had great chemistry with Ellie Milewski, playing Anna Leonowens from Rodgers and Hammerstein’s classic ‘The King and I’ on Jan. 27 at the Key Middle School Theater. Harasimowicz received a liver transplant on Nov. 10, 2011. Photo by Deb Cobb.

Springfield — After three months of preparation, the Key Middle School Theater presented ‘The

King and I’ on Jan. 26, 27 and 28. The production, involving 90 students and numerous staff and parent volunteers, was the culmination of hard work and faith, when two weeks after parts were cast, the lead male actor, Josh Harasimowicz, received a liver transplant, after months of being on the national organ transplant waiting list. Two weeks after the surgery Harasimowicz was cleared to return to play practice, and ultimately provided an excellent performance as the King of Siam in the Rodgers and Hammerstein classic.

‘King and I’ at Key Middle