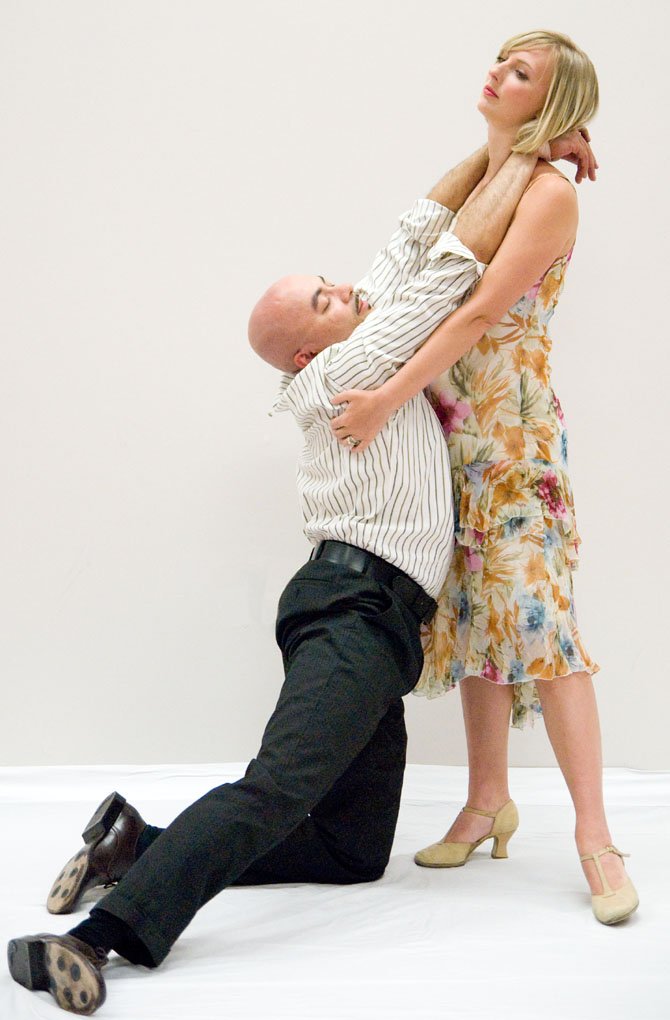 A large cast docudrama with music, vaudeville comedy and nearly continuous dance, Marathon ’33 recreates the forgotten phenomenon of the Depression-era dance marathons, which were brutal pre-cursors of today’s TV reality shows. It was written by Hollywood star June Havoc, “Baby June” of the musical “Gypsy” and the younger sister of Gypsy Rose Lee, and is closely based on real events and people described in her autobiography.

Show times are Thursday through Saturday evenings at 8 p.m. and Saturday/Sunday matinees at 2:30 p.m. No matinee on Saturday, July 28. Order tickets online at americancentury.org or by calling 703-998-4555.

Marathon ’33 was first performed as an experimental production in 1963, and has seldom been attempted since because of its size and scope. Set during the autumn of 1933, the large-cast production places the audience in the roles of the sadistic marathon spectators, who paid to see which young couple would be the last still moving after up to 4000 hours of nearly nonstop dancing. Like June Havoc, the desperate contestants literally danced for their lives, in the hope of winning a small cash prize.

American Century Theater is placing the marathon in Arlington, converting Gunston’s Theater Two into an authentic marathon arena. Thirty actors and dancers join an onstage six-piece band, which will play dance numbers from the period and accompany songs and comic routines by the contestants who often performed for the crowd in return for thrown coins.

TACT has partnered with community organizations to begin a dialogue about the Great Depression and the socioeconomic times we live in, bringing together drama students from Yorktown High School and older Arlingtonians from the Goodwin House and Culpepper Garden retirement communities. The American Century Theater received a $2,500 Community Enhancement Grant from the Arlington Community Foundation to help underwrite Marathon ’33 and its outreach programs, the largest such grant awarded by ACF to an arts group this year.

Producer Rebecca Christy is producing her first show with longtime collaborator Marshall since her production of The Andersonville Trial earned TACT a Helen Hayes nomination for Outstanding Local Production. Jack Marshall is the founding Artistic Director of The American Century Theater. Among the many TACT productions he has directed are The Cradle Will Rock (Helen Hayes nomination for Best Direction), Lady in the Dark, the original production of Danny and Sylvia, and the acclaimed Moby Dick Rehearsed. Tom Fuller, the Musical Director, has been the musical director for American Century Theater productions such as Lady in the Dark, Danny & Sylvia, If Only In My Dreams, Hollywood Pinafore, Hellzapoppin’ and One Night with Fanny Brice.

Kathryn Fuller is the Assistant Director. Lindsey E. Moore is the Stage Manager. Sherry Chriss is the Choreographer. Michael P. deBlois is is the Set Designer, Ed Moser is the Sound Designer and Dave Walden is the Lighting Designer. Rip Claassen is the Costume Designer and Eleanor Gomberg is the Props Designer. The musical arrangements are by Loren Platzman.