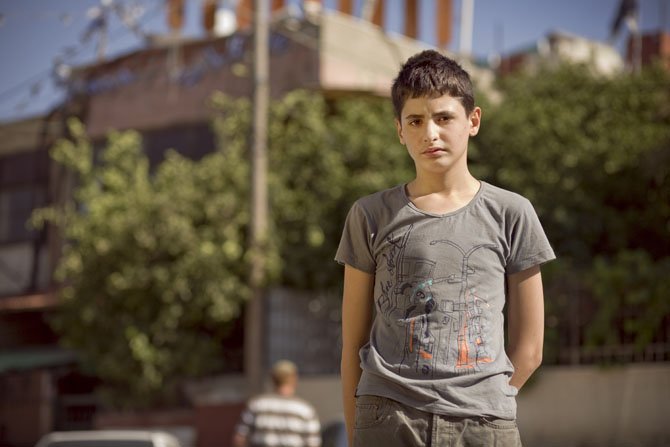 Mohammed El Kurd, a Palestinian teenager and one of the primary characters in filmmaker Rebekah Wingert-Jabi’s Peabody Award-winning film “My Neighborhood.” Photo by Emily Smith

Reston — Rebekah Wingert- Jabi has lived all across the world. She moved to Reston as a child, attended college in Minnesota and California, studied abroad in China and lived in the Middle East. She became interested in still photography at a young age, and while in China she got a video camera and became fascinated with the idea of moving images.

Those moving images, recorded by Wingert-Jabi, won her a Peabody Award this year. Her film “My Neighbourhood” tells the story of a Palestinian teenager in East Jerusalem dealing with forcible eviction by Israelis.

“When I started following these evictions in 2008, three families were being evicted. Everyone I talked to was telling me about this extremely talented young man, only 11 years old, who was writing about his experiences,” she said. “He eventually came up to me with his camera and started asking me questions. Eventually I was able to turn my camera on him.”

WINGERT-JABI and her co-director Julia Bacha tell in a 25-minute film the story of the young man, Mohammed El Kurd, as well as two Jewish residents of Jerusalem who start a grassroots effort to stop the evictions. She spent time between 2009 and 2012 filming “My Neighbourhood,” eventually compiling more than 150 hours. 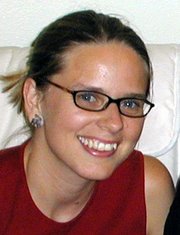 Reston filmmaker Rebekah Wingert-Jabi recently won a Peabody award for her film about a neighborhood in East Jerusalem. Her current project is a film about Reston.

“The first eviction took place in November 2008, and it sent a shockwave through the community. Everyone was afraid of a domino effect, that it would create a legal precedent,” Wingert-Jabi said. “These evictions were very traumatic, in the middle of the night these men and women were taken from their home only to watch, hours later, as another family moved in.”

The film had its world premiere at the TriBeCa Film Festival in April 2012, and since then it has been shown around the world, in colleges, high school, places of worship and even before European Parliament.

Wingert-Jabi moved back to Reston about four years ago, and it immediately became apparent to her that Reston was a special place.

“The further away I got from Reston, the more I realized how special it was. I never found the combination of factors I could find right here,” she said. “The whole process making ‘My Neighbourhood’ made me reflect on what makes a community. How was the Reston community built? Do we still have it today? Are we losing it?”

Those are the questions she’s trying to answer in her next film, which will tell the story of Reston’s first 50 years, and plans for its future.

“This is a perfect time to make a film about Reston, a point to look at how we started, and how we’re moving forward,” Wingert-Jabi said. “The coming of Metro, the future of the golf course and the village centers, it’s all going to define what we are over the next 50 years.”

AS A FILMMAKER, Wingert-Jabi is very appreciative of the fact that she has access to many primary sources, including founder Robert Simon, as well as members of the early staff, designers of Reston Town Center and more.

“When I was growing up I heard the name Bob Simon a lot, but I didn’t know about the principles he founded the community with, or the vision he created,” she said. “An exceptional part of this experience has been talking with him and getting that information. Seeing his passion for life, for people, has been a great experience.”

Wingert-Jabi said the process has been an exercise in blending her own experiences with the pulse of the community around her.

“I’m investigating my own questions about Reston, questions I think a lot of Restonians have as well. The challenge is capturing outside views as well, and bringing those to a broader audience, people around the world who want to learn why Reston has had such an impact on the concept of a suburb,” she said. “It’s tough to put these visions in a narrative form, to give them context and perspective.”

Wingert-Jabi will be filming at this week’s Founder’s Day celebrations, as well as public events throughout the year, including the opening of Metro.

The film will have a sneak preview on April 5, 2014, the 50th anniversary of Reston and Simon’s 100th birthday.

The film is still searching for sponsors, which so far include the Reston Community Center, Reston Association and the Greater Reston Chamber of Commerce. Wingert-Jabi estimated around two-thirds of the film’s budget has been raised, but they are still looking for more community support.

Donations can be made to the Reston Historic Trust, which is a registered 501(c)3, and primary sponsor of the film. They are also looking for interns and volunteers to transcribe interviews. A website with more information will launch Saturday, April 13, and can be found at www.therestonfilm.com.