Powerful play takes students inside the mind of autistic teen. 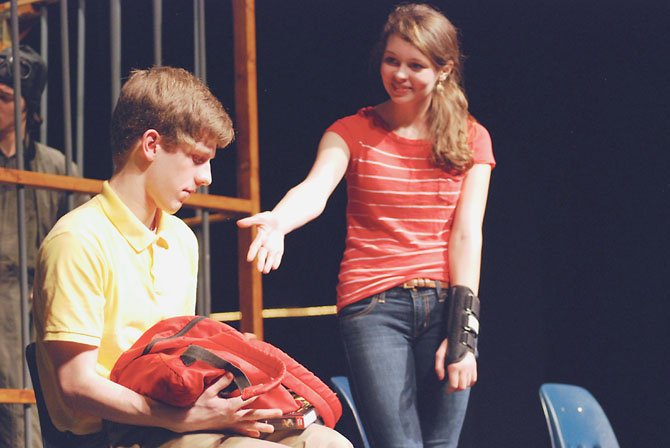 In 1996, Bernie DeLeo was exactly where he thought he should be.

A former actor-turned-film producer and writer, DeLeo was living in New York City with his wife and young son. He had an agent, and had just gotten work on a sitcom—Life’s Work—starring Michael O’Keefe.

But one weekend, while he was in Los Angeles, he got a call from his wife that irrevocably changed the course of his life. Charlie, his 3-year-old son, had been diagnosed with Asperger’s Syndrome, a form of autism.

“When you hear the ‘A’ word dropped, you think the worst, that your child won’t be able to communicate and will never live an independent life,” DeLeo said.

Although behavioral therapy was beginning to emerge as the primary treatment for many forms of autism, some doctors still relied heavily on medications in the 1990s. And Asperger’s Syndrome (AS)—which did not become a distinct diagnosis until 1994—was not well understood by many in the medical community.

People with AS, for example, have some traits of autism. They may have poor social skills, prefer routine and not like change. But unlike many children on the autism spectrum, children with Asperger's usually start to talk before 2 years of age, when speech normally starts to develop.

Experts now believe that adults with AS can learn to understand their own strengths and weaknesses. And they can improve their social skills.

“Charlie has a sense of humor about himself,” DeLeo said. “He likes history, especially Greek and Roman history, and he uploads facts about everything and spits them back out at you.”

The DeLeos quickly learned that while specialized services were available for their son, they had to fight for them. And when Charlie was old enough to enter public school, the DeLeos decided to move back to Virginia, because of the programs and services offered by Northern Virginia public schools.

“My wife grew up in McLean and we met at Catholic University. We knew the area, and thought it would be a good fit for all of us,” DeLeo said.

He and his wife moved to Falls Church, and put their son in Thomas Jefferson Elementary School.

“Charlie had a really inspiring teacher at the school, and I was spending a lot of time there, volunteering. I liked hanging with kids. And my entertainment career was just too up and down. I thought maybe this is where I should be, teaching kids.”

“Being a special-education teacher was the hardest thing I’ve ever done. I've been hit, spit at, kicked, bit, cursed, you name it—but it was a great place to start a teaching career, working with kids who needed the most support,” he said.

DeLeo transitioned to teaching drama in 2008 at Thoreau Middle School, also in Vienna, where he welcomed special education students who wanted to be onstage.

“I saw that many of these kids felt at home in drama class. It’s a place where kids can express themselves and try on new identities.”

In fact, Charlie, who learned he had a great singing voice, broke out of his shell when a teacher cast him in “A Midsummer Night’s Dream.”

DeLeo’s life took another unexpected turn this year, when he became the drama teacher at West Springfield High School, following his friend and mentor Mark Greenfelder, former principal and boss at Thoreau. 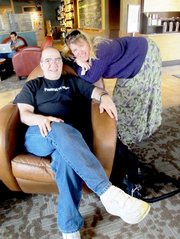 DeLeo decided to tackle a one-act drama called “The Other Room,” an avant-garde work that takes place in an empty classroom—and the mind of an autistic child.

“I saw it at the Kennedy Center in 2008, and was just blown away,” DeLeo said. “I thought it was a good portrayal of a teenager dealing with autism, and I felt it was important to show people how autistics struggle to communicate and build relationships.”

When an after-school encounter leads to a growing connection between them, Austin's imagination, intelligence and constant struggles to connect with the world are revealed in the form of four characters who symbolize his inner life. They appear onstage behind bars, in the cell that represents Austin’s mind.

The cast of “The Other Room” poses with their new trophy for their first VHSL State Championship since 1998. Sophomores Bonnie McClellan and Will Shipley were both recognized as Outstanding Performers.

“I didn’t know a whole lot about autism before this play,” Shipley said. “Mr. DeLeo helped me with the gestures, like the hand-flapping. It’s a short play, only about 25 minutes, but it gives you a glimpse into what it’s like to be autistic or have any kind of difference.”

The play was so powerful that, for the first time in 15 years, West Springfield High School won the state championship for drama last month at the Virginia High School League One-Act Competition Finals in Charlottesville.

McClellan and Shipley were both among the eight Outstanding Performers at the Virginia High School League state championships. 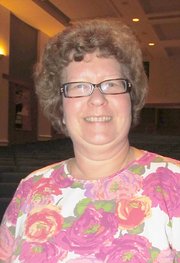 On April 8, the West Springfield High School Drama Department presented an encore performance of the award-winning play “The Other Room.” We asked audience members and performers: What did you think about the play and what did you learn about autism?

“We’re thrilled that ‘The Other Room’ has been so well-received,” said DeLeo.

The school presented an encore performance on Monday, April 8.

“As April is National Autism Awareness Month, I thought it would be especially appropriate to perform one last time, to help educate people about autism.”

DeLeo’s personal experiences with his son gave the young cast insight as to how to portray autism credibly onstage.

“Having lived with my son for 20 years now,” DeLeo said, “I could tell William exactly what to do when my son was stressed or stymied by an awkward social situation - and William nailed it beautifully. My son is distracted by the internal stimuli in his head – videos he’s watched, computer games he’s played – and the voice characters onstage captured that mental jumble perfectly and theatrically. I’m thrilled the play connected with audiences and that it gave them a fresh perspective about the inner life of people who struggle with this disorder.”

As autism awareness has skyrocketed, the disability—which experts are now calling an “epidemic”—has become a national priority.

The latest report, co-authored by the U.S. Health Resources and Services Administration and the U.S. Centers for Disease Control and Prevention, found autism spectrum disorder affects one in 50 children, well above the one in 88 number that had been used by the CDC just last year, and three times the rate the CDC found a decade ago.

According to a recent survey by the Florida Institute of Technology, nearly two-thirds of young moms and dads are concerned their child will be diagnosed with ASD.

“Since the average school bus holds 50–55 children, that means, statistically speaking, on average there is one child with parent-reported ASD on every school bus in America,” reported the National Institute of Mental Health.

The increase, experts say, is largely due to improved diagnosis of ASD by doctors or other health professional in recent years, especially when the symptoms were mild.

Along with increased awareness, the social landscape has changed dramatically for students diagnosed with autism.

Politically, autism is a hot-button issue that’s on the agenda of many lawmakers, who advocate a range of services, from respite services to mandated health insurance coverage for various therapies like applied behavior analysis (ABA).

Delegate Eileen Filler-Corn (D-41), whose brother-in-law has autism, has been a long-standing advocate for expanded health insurance coverage for autism spectrum disorder, and co-patroned several bill that address the issue.

Politics aside, most parents want to know what education services are available for their autistic child.

"Because of the size of Fairfax County, we are able to offer programs that few schools districts in the nation can provide, which help guide both students and parents through the education process,” said Fairfax County School Board member Ryan McElveen.

Fairfax County uses Applied Behavioral Analysis with Pre K-12 students. The primary objective of ABA is to prepare students with autism and related disorders to function as independently as possible.

The approach emphasizes the importance of looking at the ABC's (antecedents, behaviors, and consequences) of behaviors and teaching new skills and behaviors.

New skills are taught through techniques such as reinforcement, shaping, prompting, and date is analyzed to measure progress on the acquisition of new behaviors and new skills.